A home theater was the site of our last audio test. The surround sound of the room was adequate, no serious error was detected. When we were there, a beautiful black Silent soundproof mat sold by our company was placed on the floor of the room, so the acoustic treatment was really complete. We tested the AVR 750 home theater amplifier from the English company Arcam with the help of Dali Epicon 8 speakers. 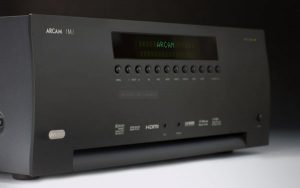 In our opinion, the “strength” of the Arcam AVR 750 home theater amplifier is not exactly what it looks like. Minimalist design, rigid housing characterizes the 16.7 kg audio device, its simple, perhaps a bit “low-cost” appearance makes it clear that the manufacturing company focused most on functionality. It is smaller and lighter in size than previous Arcam models. Large heat sinks and temperature controlled fans provide cooling. It has a large, informative display with volume and input selection buttons as well as an analog input. The latter is also a microphone connector.

The Arcam AVR 750 amplifier has 7 HDMI inputs and 2 HDMI outputs, which are ARC (Audio Return Channel) compatible. Of course, it can also convert to 4K, and the 3D capability hasn’t been forgotten among the many features. There are 3 components, 4 composite video inputs, 1 composite video output, 6 stereo analog inputs and outputs, RCA connectors, 4 coaxial digital and 2 optical digital inputs on the amplifier. You can also discover USB ports, LAN connectors, IR extensions, FM and DAB radio antennas. 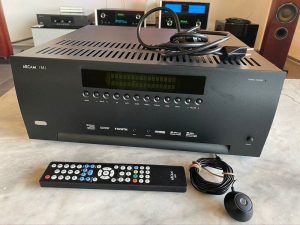 Room acoustics compensation allows for even more precise adjustment. Unfortunately, it does not have built-in Wi-Fi and Bluetooth connectivity. In return, you can connect to your home network thanks to Ethernet. A free downloadable software has been developed specifically for Arcam to control the amplifier. Unfortunately, for many, this app can only be downloaded to iPad, not available for iPhone or other Android devices. The menu is simple and practical. Care must be taken to position the speakers properly, although the AVR 750’s automatic speaker setup allows for compensation, test tones, and a microphone. The volume is controlled by a Cirrus CS3318 chip. It supports almost all formats, including surround formats such as Blue Ray, Dolby TrueHD, DTS -HD Master Audio, Dolby Digital Plus, Dolby Digital EX, Dolby Digital, Dolby Pro Logic llx..etc. In contrast, it does not support Dolby Atmos, Auro 3D or DTS: X formats. 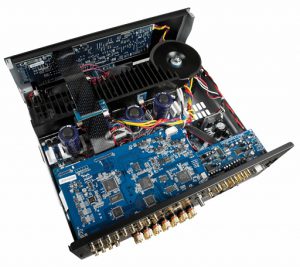 It combines the advantages of the “A” and “AB” classes while eliminating their disadvantages. The AVR 750 has multiple power supplies, with the first power supply in Class A. The main virtue of Class “A” amplifiers is the clear, distortion-free, realistic sound, but their consumption is extremely high (150-250 Watts), even when at rest. 80% of this is in the form of thermal energy. Classes “B” and “AB” are already much more efficient, consume less, but there is some cross-distortion.

The slim, lightweight black plastic remote control is handy, easy to use, and the backlighting is very beneficial in a darkened cinema room.

We sat down for the first time in front of the Blue Ray version of the 2020 musical film Cats, which recorded many world-famous actors and stars. While I didn’t really like the film, the amp and Dali speakers worked great together. The AVR 750 produced a lifelike, spatial, detail-rich sound. We weren’t disappointed with the music inserts either, although he did not as good at low volume.”

We then played a war film drama, 1917. Explosions and gunfire surrounded us, and due to their lifelike effect, we shuddered at the thunderous, explosive sounds. 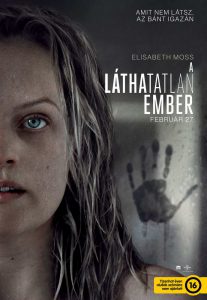 We continued filming with the sci-fi horror genre. We watched a creepy piece titled Invisible Man, also in Blue Ray quality. The amplifier performed excellently in this case as well, the dialogues, the terrifying, tension-inducing sound effects touched and vibrated our lives, and their stomachs were often constricted as a result of the 3D sound.

We downloaded Katy Perry’s latest song, the hit Daisies, so we could try the Arcam amp while listening to music. The voices sounded good, beautiful and natural. The music, the singing were clearly separated from each other.

To buy or not to buy? This is the question!

Overall, the Arcam AVR 750 home cinema amplifier performed convincingly in our test. Whether you want to use it for watching movies or listening to music, we can be happy with it. It is characterized by simplicity, good sound quality and excellent dynamics. It is capable of clear, spatial, realistic sound. However, it also has less positive properties. The price is quite high, but in this price category we can also get an amplifier with better quality, performance and more demanding appearance. It turned out to be a bit weak at low volume. Its appearance may have been too simple. Another disadvantage is the lack of Wifi and Bluetooth and the fact that it does not support the latest audio formats. The downloadable software can only be used by iPad owners, unfortunately it cannot be downloaded to iPhones or other Android devices.

We would give 4 points out of 5 points.