The history of Bowers and Wilkins dates back to the 1960s. The popularity of the English company has been unbroken since its inception. The Nautilus series, which consists of high-quality speaker models, was launched in the 1990s and is still favored by many audio and hi-fi fans to this day. IPads, smartphones, appeared in the 2000s, so the manufacturer developed a new kind of model, this iconic Zeppelin model. This speaker has won several awards. The Formation series was launched in 2019, and revolutionary innovations in wireless sound systems and design were also applied. 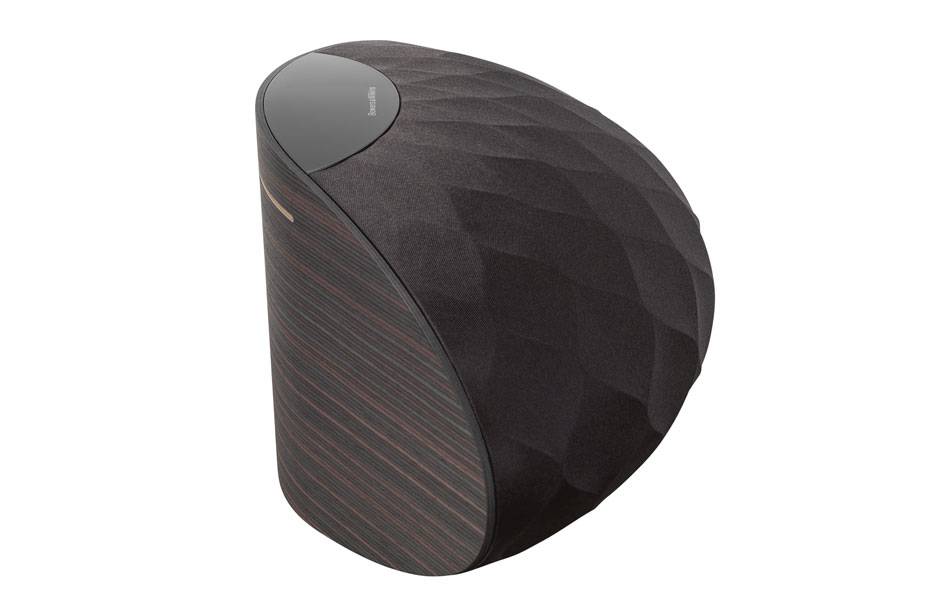 Thanks to its extreme style, the Bowers and Wilkins portable Bluetooth speaker is quite different from products in similar categories. The elliptical shape device is also capable of creating a multiroom sound system, so for example, the Bowers and Wilkins Formation Duo can be paired with active stereo speakers. The unusual appearance can divide customers. There are those for whom this is already an overly modern and abstract form, but at the same time there are those who are just looking for something new, modern compared to the usual forms. 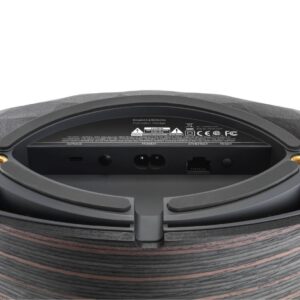 The Wedge speaker has neither analog nor digital inputs. It has an RJ45 Ethernet and USB port and also supports wireless Airplay 2, Spotify and Roon applications, as well as aptX HD Bluetooth connectivity. Roon is music player software that is compatible with Mac, Windows, Android or iOs and is definitely worth using. The stereo sound system is equipped with two 2.5 cm dome tweeters, two 9 cm FST center speakers and one 15 cm 80 Watt subwoofer, the other speakers are powered by a 40 Watt dedicated digital amplifier. Thanks to the Mesh network, the multiroom system is accurate and stable. It is also capable of 96 kHz / 24-bit audio processing, even wirelessly. 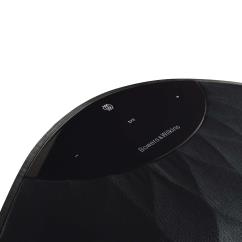 At the top of the great little device are some light-lit controls that you can control by touch. We can control the volume and playback functions from here. The portable Formation frequency response is between 35 Hz and 28 kHz. it has a total power of 240 watts and dimensions: 23 cm high and weighs 6,5 kg. Available in black and white, the black models come with a glittery front and a striped, wood-patterned back.

Behind the 120-degree built-in speakers is a curved backplate. The Wedge, due to its shape, can even be placed in a corner, which is definitely beneficial as it allows us to get better bass. It fills the space very well, even in small rooms, but if we put it in a room that is too small, let’s take a good look at where to put it so that it doesn’t dominate the room too much. The free downloadable Bowers Home app is also very useful for this speaker, a basic EQ control is also possible. It also works very well with home wifi, but can be used independently anyway. All its amps are class “D”. 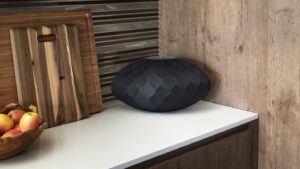 The Wedge speaker has been tested in several locations. We tested it primarily while listening to music. We listened to 220 KID’s current hit, Gracey- I Don’t Need Love, to begin with, in a relatively small studio where the acoustics aren’t quite perfect yet. The walls are too close together so reflections can cause an acoustic problem. The small speaker provided a surprisingly clear and intense sound. We experienced quite accurate, vivid, tight treble and nice midrange, although sometimes the high ranges were a little too intrusive and sharp, but we may have heard it because of the unfavorable acoustic conditions.

We then moved the speaker to a slightly larger area. To an office where, on the other hand, attention has already been paid to soundproofing the walls, ceiling, and even the windows, using various acoustic elements. Bowers and Wilkins performed well here as well. We had no problem with accuracy and clarity, and we didn’t even find anything to complain about in detail. The bass was already much louder here than in the previous room with poor acoustics, but we could have withstood more power. But in the case of downloadable audio files that can be downloaded on a device of this size and performance, this is not so surprising, but the device has performed very convincingly. We continued testing with the song Deep Purple Hush. At high tones, we also experienced sometimes excessive liveliness here as well. We did not experience any distortion when listening outdoors, nor at higher volume. However, the intensity of the bass was even more lacking outdoors.

The special look of the Formation Wedge model may not win everyone’s liking, and the price isn’t cheap either, but the Bowers and Wilkins brand guarantees excellent quality and ideal sound. We experienced a wide stage picture, excellent stereo effect, detailed, clear and accurate sound. We heard very nice, balanced midrange, but the treble was often too vivid, and the bass ranges were not strong enough, and the dynamics were far from perfect, there was still room for improvement. We missed Chromecast support a bit, and let’s just say the device is only available in 2 colors. We’ve found that there’s an audio signal delay when using Bluetooth or Airplay, so we don’t recommend using it as a speaker for your smartphone. It took the speaker a little time after the music started to sound nice, clean and balanced. For those who like extreme design and love premium quality parts, this portable speaker is sure to be a good buy.

In this price range, or even cheaper, Bluetooth, wireless audio systems also include brands with much better performance and sound quality. Such as the Marshall Woburn II Bluetooth, or the Denon Envaya DSB-250bt or even the JBL Boombox speaker, which are much more affordable but at the same time capable of sound quality.