In the ever-expanding market of online music providers, we can decide which one to choose based on several considerations. Sound quality is important, what kind of music is offered, we get these extra services, and of course the price of the service is not incidental either. Most streaming providers also offer a free trial before we make a final decision.

In addition to Android and iOS, the French Deezer service is also available for Blackberry OS and Windows Phone. Can also be used on other home devices.

Mobilnet is not absolutely necessary

Deezer also has an offline mode, and you can download and listen to playlists offline without having to jump to your skies due to the use of mobilnet. You can also set this download to be over Wi-Fi only.

Like other providers, Deezer has a web player, so you can listen to music from a browser. The interface is clean but a bit bare, especially in the desktop version. There have been some changes to Deezer’s previous image. “Home” has been replaced by “Music,” although it performs the same function as before: personalized playlists and offers the ability to browse music by lists, new releases, popularity, and different moods. Radio stations will still appear at the bottom of the page, but podcasts will now have their own tab. “Favorites” has been replaced by “My Music”, but its function has not changed.

Deezer is extremely similar to Spotify, both in terms of their appearance and features. Sometimes we experienced slightly slow loading images and other errors at Deezer. Many people complain about similar ones, but the service provider is constantly working to correct the errors. The Deezer has navigation in the top bar and even has a built-in two-mix DJ desk that the Spotify doesn’t have. Spotify is available in fewer countries than Deezer, which in turn offers its service in more than 150 countries, so you can expect more music when you use Deezer. Spotify and Deezer are so similar that it is also possible to transfer playlists from the two providers to the other.

In the case of the Deezer, we can expect clear and correct sound quality, listening to music in almost CD quality, in 16-bit / 44.1 kHz FLAC format. Of course, if you crave perfect musical sound, it’s worth thinking about a more serious sound system and getting good quality speakers. Before setting up your sound system, it’s a good idea to think about what you’re going to use your speakers for, so let’s go around carefully about what type of speaker should we choose.The acoustics of the rooms also affect the sound, so it is worthwhile to perform acoustic treatment in the rooms. Sound-absorbing panels and diffusers are perfect for this purpose, with which we can achieve a balanced sound and eliminate acoustic faults.

If we compare Deider’s sound with Tidal, we have to find that Tidal provided a more detailed, accurate, clearer sound for certain songs.

Deezer is not only a music player, but also a music platform. We find a lot of information about musicians and performers, and there are many useful functions to help you find your way around the information set. It also offers more complex applications, such as compiling statistics from our listening habits. You can also register for the Deezer service via Facebook. The sense of community is further enhanced by the fact that the service provider allows us to listen to the listening lists of others as well. When using Deezer, we can filter not only by genre, but also by region and country. We also find top lists and radio lists in the offer of the service.

Other features of Deezer 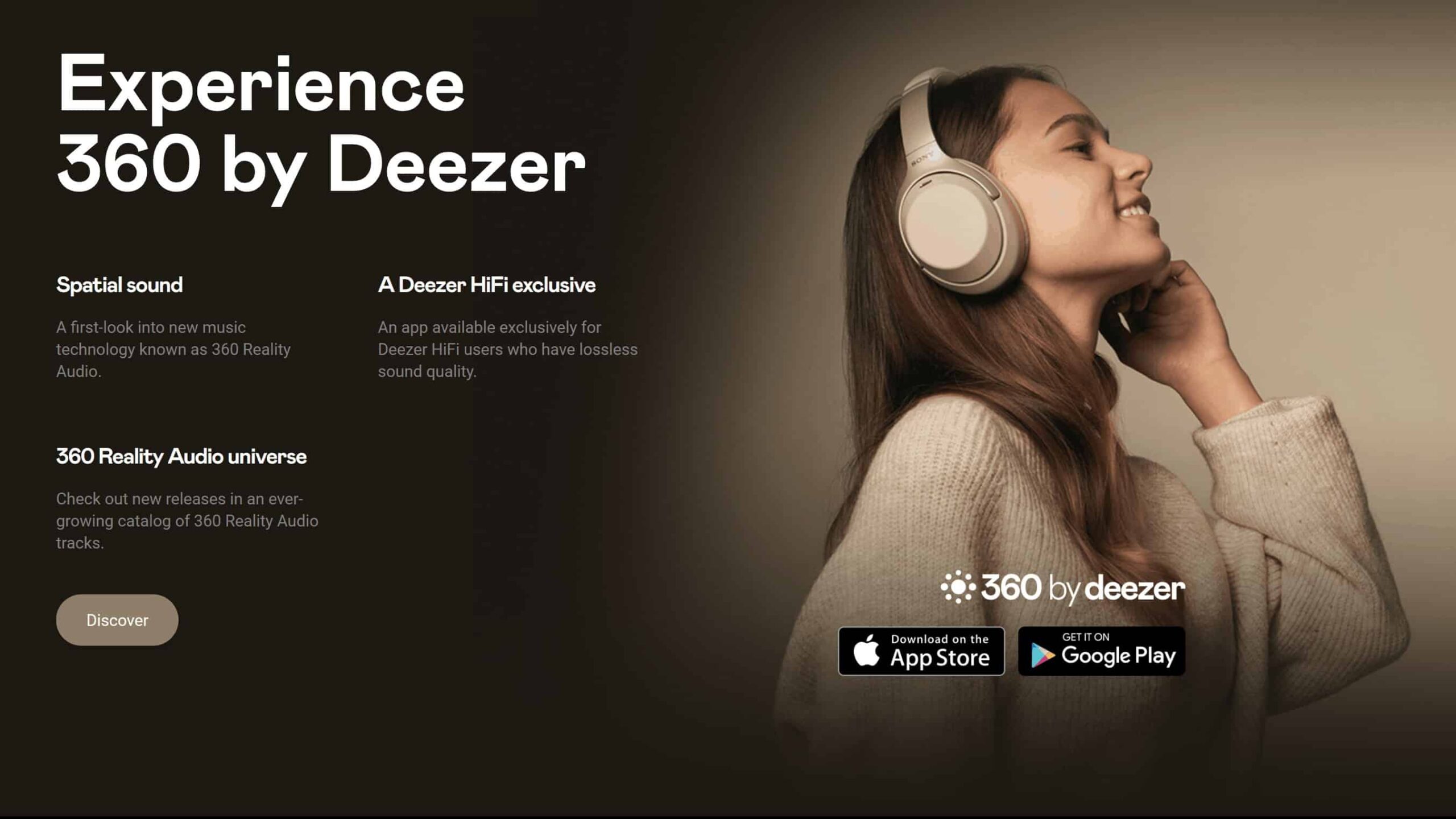 Deezer was the first music streaming service to offer 360 Reality Audio, which requires downloading the 360 ​​by Deezer app. The bad news is that the Deezer 360 is only available on iOS and Android devices. There are eight playlists, including “New on 360 by Deezer,” which is available through a computer or hi-fi.

Of course, Deezer’s biggest advantage is 360 Reality Audio, which is not offered by any other streaming service. 360 Reality Audio offers 3D sound space by creating multiple virtual speakers and can be listened to through headphones. While the 3D sound is truly unique to Deezer, it doesn’t surpass the stereo effect.

Deezer offers three price packages so everyone can find the one that works best for them.

In addition to smartphones and computers, the Deezer app is also available on a number of other devices: Samsung, Sony and LG TVs; wireless speakers: Sonos, Amazon, Bluesound and Bose… etc.

Chromecast and AirPlay allow you to send songs to even more devices. Regardless of the device used, subscribers will have access to a catalog of more than 56 million songs, of which the company claims to have more than 52 million CD-quality FLAC formats.

The French music streaming service is constantly being developed and renewed in order to make even more satisfied subscribers choose this provider. With a huge selection of music, information, extra features, and fantastic sound quality, the Deezer is a very good choice. For now, 3D sound is only available from this provider, and while it’s still in its infancy and not flawless, it’s certain that this feature will soon be able to fly Deezer into the leading position of streaming companies.