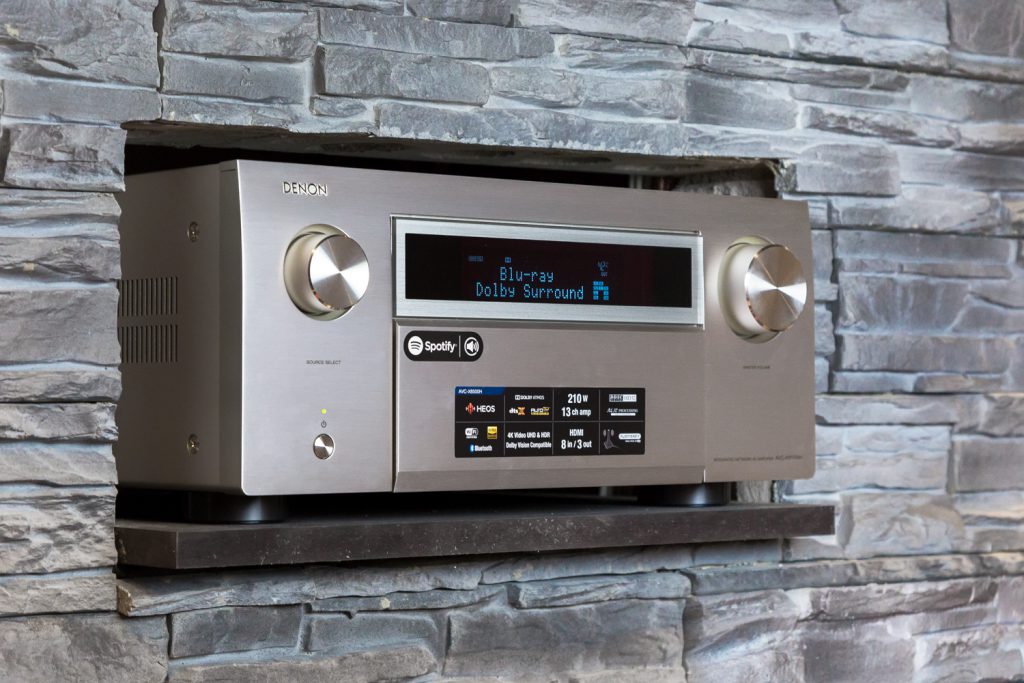 The home theater amplifier with 13.2 channels is a truly stunning model thanks to its 13 power levels. In terms of appearance, it offers a modern and attractive sight. Weighing in at 23.3 kg, the rectangular, extremely solid, stable housing, the solid side and roof walls, and the thick base leave no doubt that the material was not regretted during the manufacture of the amplifier. The hinged lid on the aluminum front is also made of strong, durable material. There are 2 winding hills on the front panel. The back panel is lined with gold-plated, transparently arranged connectors. We discovered 30 sprinkler cable sockets! The Denon AVC-X8500H has 8 HDMI inputs and 3 HDMI outputs. The remote control has a backlight, which is an extremely useful feature when used in a dark movie room. 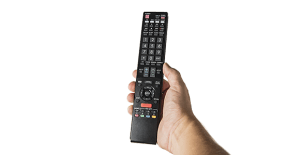 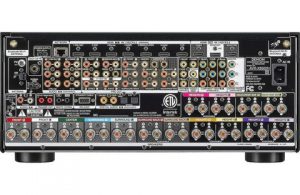 A HDCPP2.2. and 4K Ultra HD 60 Hz video is also supported. The amplifier is also capable of handling the HEOS Multiroom system and supports Amazon Alexa, Auro 3D and Dolby Vision formats, as well as High Dynamic Range (HDR) video formats. An eARC update is also available. Instead of a toroidal transformer, an iron core transformer weighing more than 8 kg, perhaps slightly oversized, takes up space inside the device. Around it are aluminum ribs alloyed with a thin copper plate, and the amplifier modules are attached to them. Cooling was solved with fans. The maximum power consumption is 900 Watts. It has a power of 140 watts per channel. Driving 13 channels requires serious force. 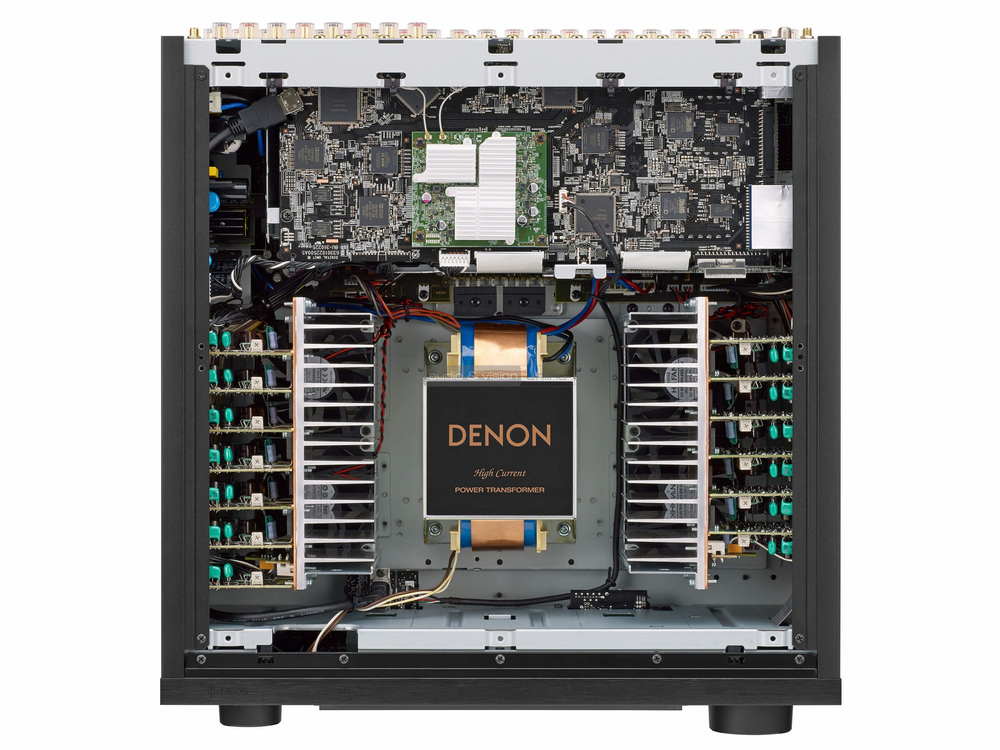 And that’s not all!

A DSP sound processing system and 2 high-performance SHARC DSP Griffin Lite dual core processors are also part of the device. The Phono MM, 12 V trigger, IR, RS232 inputs were not forgotten either. You can also listen to Internet radio on it, and stream your favorite music or videos from various services from your iPhone, iPad, Mac, or Apple TV. (Apple Music, Spotify, Tidal, Deezer, Youtube, Netflix…, etc.) Thanks to Apple AirPlay, you can also access wireless audio content with iOs, iPhones, iPads. Of course, the amplifier is also equipped with Bluetooth and Wi-fi connectivity. 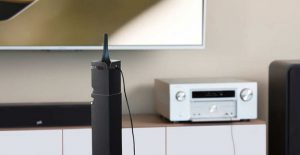 The Audyssey MultiEQ system uses the included measuring microphone to measure speaker output at 8 measuring points. Audyssey MultiEQ Editor can also be downloaded for mobile devices, although it is not free. No matter how useful a room correction system is, don’t just rely on it when you want to correct room acoustics flaws. 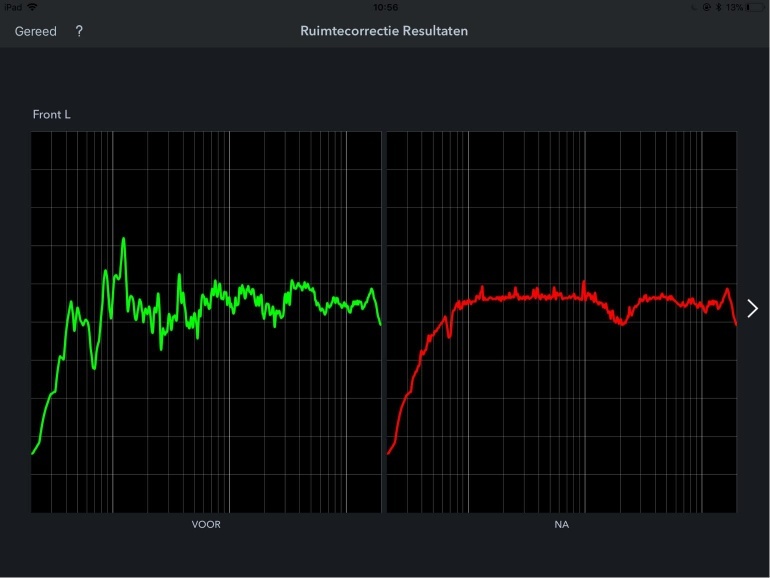 AVR or AVC? What is the difference?

Many may be surprised by the name AVC next to the name of the amplifier instead of the usual AVR. This is not a misspelling, not a mistake. AVR stands for AV Receiver, an audio device with a built-in FM tuner. An AVC is an AV amplifier that has a radio input but no FM tuner. (The US version of the Denon AVC-X8500H amplifier is called AVR because it has an FM tuner model in America.)

Our company was invited to a newly built family house in the 1st district of Budapest, where we tested the newest member of the newly developed home cinema system, the Denon AVC-X8500H amplifier. The room is not yet acoustically perfect, it is still necessary to place acoustic panels on the ceilings in order to achieve flawless surround sound. 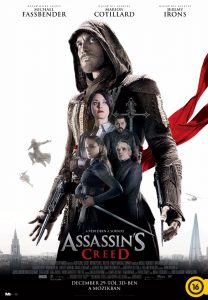 We started filming with the action film Assassin’s Creed. In the film, based on the popular video game, Michael Fassbender plays the title character, who escapes execution and embarks on a mission. Denon performed fantastically. We got detailed, airy and spatial sound, the sounds of the fight scenes seemed so lifelike that we almost became spectators in the story. We had a real surround experience.

Horror movie was our next test subject. The creepy clown reappears in Part 2 of “It” and continues to scare the poor protagonists. Under the influence of real, natural sounds, scary effects, we often got to our hearts at the sight of a creepy part. After that, after the bloodcurdling movie, we felt it wouldn’t hurt to relax a bit, so we switched to the rhythms of Dirty Dancing. The music and dialogues were decidedly separable, all the provinces sounded beautiful and clear. Denon also excelled in music. He was surrounded by music, gently flowing and captivating.

Do we recommend the Denon 13.2 channel amplifier?

We were captivated, enchanted, impressed by this tool! You can expect a detailed, spacious, airy, lifelike and natural, understandable sound who chooses this device.

-can fill the space even in larger rooms.

-could the sound be more dynamic and accurate,

-the device is a little overweight,

-we missed the “hair-tearing” depths a bit.