Denon has become one of the best manufacturers of AV receivers and is extremely popular. This time we tested the Denon AVR-X2700H. The first thing that caught our attention was the design, which barely changed compared to the AVR-X2600H. Nevertheless, it underwent some changes compared to its predecessor. The X2700H supports 8K resolution, but the number of HDMI inputs has been reduced from eight to six. The number of HDMI outputs remained unchanged. 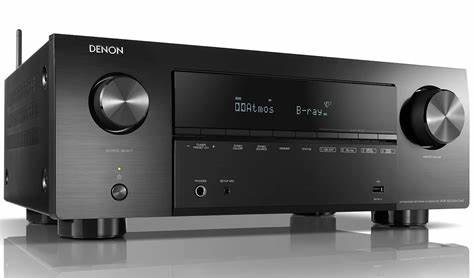 The channel configuration remained intact compared to the previous model. There are seven channels and the output power reaches 95 W with 8-ohm speakers and 125 W with 6-ohm alternatives, so the 7.2 and 5.2.2 channel systems were implemented. PlayStation 5 and Xbox Series X game consoles can also be connected to the receiver.

This Denon product sounds very pleasant for any type of movie or music. The receiver masterfully transmits the sounds from one speaker to another and helps you to fully immerse yourself in that scene. It’s amazing how the Denon AVR-X2700H controls the depth of the two subwoofers in the 7.2-channel system, and how clear the sound was during special effects. Denon has played a leading role in the home theater receiver category in recent years. This is not at all surprising, as the brand’s devices have not been disappointing in our tests so far.

There is no front cover as on the higher specification Denon AVRs, and we find a less rich selection on the device from the easily accessible control buttons. You can still switch inputs, tune the radio, and operate a second listening zone with the available control buttons, but most of the setup and playback options require a full-featured remote control. 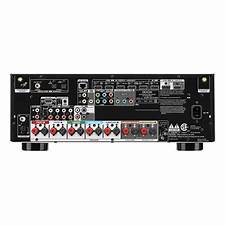 There may be only one HDMI 2.1 certified input, but the other five have not been ignored. Each is compatible with Variable Refresh Rate (VRR), Quick Frame Transport (QFT) and Auto Low Latency Mode (ALLM) delay minimization technologies to meet the needs of next-generation content.

They also cope with the full package of HDR standards, with HDR10 +, HDR10, HLG and Dolby Vision technologies. Both HDMI outputs are also 2.1 certified, so lucky ones who have both a TV and a projector in their home theater system can enjoy 8K / 60Hz and 4K / 120Hz when using both. EARC (Enhanced Audio Return Channel) is also supported.

The AVR-X2700H is not as standard for 3D audio formats as the high-end models, but Dolby Atmos, Atmos Height Virtualization, DTS: X, and DTS Virtual: X audio formats are supported. For those who want to decode IMAX Enhanced and Auro-3D soundtracks, they should choose the Denon AVR-X3700H, or an even more serious level AV receiver.

Voice control is available via Alexa, Google Assistant and Siri-a compatible devices, as well as AirPlay 2, HEOS, Spotify and Tidal.

One of the great novelties about this device is that Denon’s 2020 X-Series AVRs are already “Roon-tested” devices, meaning Roon music playback is also possible.

Bluetooth connectivity has also been revamped, allowing the AVR-X2700H to route audio to wireless headphones at the same time as its speakers.

An entire large cinema room was the testing site, with acoustic panels on both the walls and ceiling. Diffuser front panels as well as printed panels provided the right sound. Cube acoustical sound panels were placed in the corners. Acoustic curtains not only improve the sound, but also function as a blackout curtain, which is quite an important requirement for a movie theater. Although the Denon receiver we tested has a room calibration system, it is not enough for perfect acoustics alone. If the walls and glass surfaces of the room are not treated acoustically, optimal sound cannot be achieved. Room calibration programs are effective when acoustic treatment is also performed in the rooms. Once this is done, fine-tuning using calibration software can result in truly flawless sounds. We tested the receiver with a pair of Fyne Audio F302 speakers.

As a member of the 2020 Denon X-Series, the AVR-X2700H also features Audyssey speaker calibration technology, as do its larger siblings. However, MultEQ XT measurements require only a few small changes before we are completely satisfied with the setting.

If we had to use a single word to describe the receiver’s sound, it would be “confident”. The AVR-X2700H doesn’t try to impress too much like a lower budget amp, there have been explosions and pounding depths.

The two subwoofers in the 7.2 system sound when needed and never spoil the crystal clear clarity of music or surround effects.n

We also experienced a clear, ringing sound while listening to music, with deep, strong bass.

This AV receiver can be the pride of the manufacturer. There are many cheaper AVRs, but none are like this device. The phonetic improvements are marked compared to its predecessor. Denon’s engineers excelled again. It looks almost different from its predecessor in appearance, but that’s not a problem either. The usual Denon shape has already won the favor of many. The sound is excellent, with adequate dynamics, clarity, surround sound and the bass is intense enough. Great device, the only downside perhaps is that it is not compatible with Sonos products. 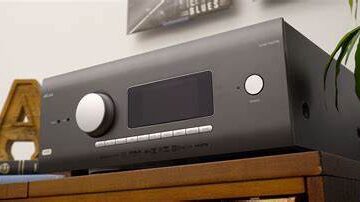 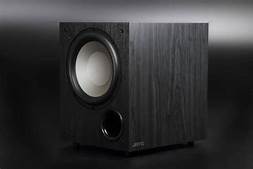 Jamo C910 subwoofer review Whether it is a two-channel or multi-channel system, if the optimal low frequency is missing, perfect sound will not be achieved. If you use only two- or multi-channel speakers, the speakers Read more… 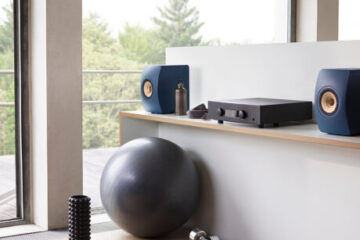 We tested the KEF LS50 Meta bookshelf speakers! The British brand KEF has been present in the market of audio and hi-fi products since 1961. The KEF brand name stands for “Kent Engineering and Foundry”. Read more…