The Danish brand may be familiar to many audio and hi-fi fans. If you buy Dynaudio Confidence 60 high-end, floorstanding speakers, you have to dip into your pocket, because the price is pricy. This model is truly a premium price range that not too many can afford, but if we are still so lucky to be able to buy it, we will not be disappointed.

The beautifully crafted speaker weighs 66.2 kg, has a sensitivity of 87 decibels and an impedance of 4 Ohms. The frequency response is between 22 Hz and 22 kHz. The Confidence 60 is a three-way bass reflex speaker that is available in several colors: Blonde Wood, Raven Wood High Gloss, Midnight High Gloss, Smoke High Gloss, Ruby Wood High Gloss shades. Thanks to the uniquely developed Esotar3 soft dome tweeter, airflow is optimized, which is further enhanced by the larger rear chamber. Unlike its predecessor, which operated with two tweeters, the Confidence 60 uses 1 tweeter. At the Jupiter facility, Dynaudio Directive Control, or DDC speaker technology, was refined. 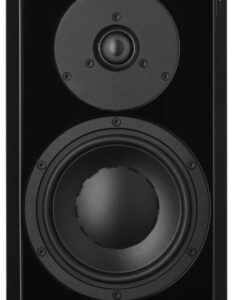 The company’s design engineers can rightly be proud of the DDC lens they developed, which is actually an aluminum baffle. The MDF baffle used in the previous model has been replaced by a composite baffle, which is both strong and light at the same time. Thanks to the Neo Tec subwoofer and Dynaudio MSP, i.e. magnesium silicate polymer drives, and the new multi-layer fiberglass sound coil, not only has the sound been improved, but the resonances have been reduced to virtually zero. With a stable housing, you don’t have to worry about vibration problems. These newly designed drives further optimize airflow. The Esotar3, a three-way tweeter, is a neodymium magnetic system that also has an internal dome called Hexis to reduce resonance. High-performance neodymium magnets, aluminum and copper sound coils guarantee flawless sound quality. Incidentally, the Confidence series was launched in the 1990s. There are several types of it: the Confidence 20, 30, 50 and the latest, the 60.

It can be said that the Confidence 60 is the most advanced passive speaker of the similar category of products available on the market. Previously, we were lucky enough to test the C60’s predecessor, the Confidence 50, where the upper and lower frequency responses were ideal, with a slight decrease at the top of the middle and lower ranges. With the C60, even these small flaws have been eliminated, and the low mid and bass bass have been transmitted by the Danish speaker extremely accurately and flawlessly. 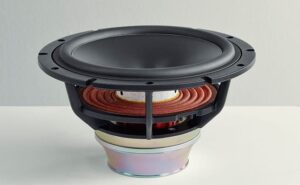 Spatial separation further reduces resonance and improves performance. The speaker stands on a steel plate and comes with metal discs that magnetically stick to the screws and of course the spikes are also worth mounting for greater stability. The largest speaker in the series is the Confidence 60, the exterior design is a stunningly elegant, eye-catching sight. Thanks to the professional tuned reflex aperture, the speaker is able to transmit all kinds of music content in perfect quality and reproduces low-range sounds and flawlessly. 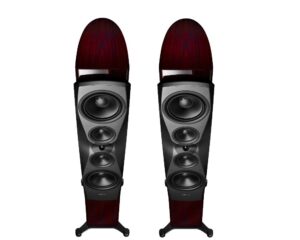 The magnificent speakers were tested in a newly built attic apartment, where the acoustic treatment of the walls and ceiling was provided in the professionally designed home theater room, but the acoustics are not yet impeccable. The Confidence we tested was 60 rubies. We tested the speaker pair with a Marantz amplifier and a Velodyne subwoofer.

We started with film testing. Introduced in 2014, starring Marc Wahlberg, the crime drama The Gambling, we were curious to hear what sound we could expect from the Danish brand’s largest speaker. The Dynaudio provided a fair sound, although there were problems with spatiality and detail. The deep ones sounded too growling at times. After that, we put on the musical Footloose. We were curious not only about the sound of the dialogues, but also about the musical product. The dynamics could have been better, the purity of the bass wasn’t real either.

While listening to Tchaikovsky’s 5th Symphony, we found that the middle and high ranges were present nicely and in a balanced way, but unfortunately we found errors in the deep ones as well.

The Confidence 60 is a premium quality speaker that stands out as a decorative home accessories in any interior. Not only does the exterior design reveal the maximalism of the designers, the use of components and modern, advanced technologies, they all prove that the designers tried to bring out the best. Due to its size, we would recommend it mostly for larger or medium rooms. Unfortunately, we had a complaint about the spatiality, the three-dimensional sound, the basses did not always speak perfectly, but the middle and high ranges were harmonious, clear, distortion-free, even when testing film and music. Whether you want to use it for home cinema or listening to music, the speaker stands in both functions. The stereo sound was adequate. Due to the errors we heard, not yet fully optimal spatial acoustics could have been responsible, but frankly, this expensive and beautiful device did not provide what we would have expected from it. The best sound, of course, can only be achieved if the acoustics of the room where we listen to music or watch movies are ideal. Acoustics can be improved with sound-absorbing and diffuser panels.

Its price and size will determine how many rooms you should place in, where you will really be able to deliver the results you would expect from it. It is clear that Dynaudio has taken nearly 16 years to create the most perfect sound and the most beautiful design.