As promised, we will continue this exciting topic, which is as versatile as a sphere. The more pages you show up, the more new things pop up. So there’s plenty more to look at, wonder. We stopped there in the previous section that echo, as a term, covers several phenomena, but in Hungarian this is one concept available to us. So we introduced the English words echo, delay and reverb, which describe the different effects much better. Then we even came up with a great grouping where it turned out that one half of the echoes show up as creative effects most of the time, while the other half create space. And this is just the beginning!

Let’s take a closer look at the echo.

This is certainly the classic echo known to many, when a given sound is repeated later, even in rhythmic form, that is, it becomes audible again, but each repetition becomes quieter and quieter. The signal level of the reflected sound decreases in all cases, just to use some jargon. It definitely takes a long time between repetitions, so we hear and perceive them as completely separate from each other. And how many repetitions is the average? Let’s just say it’s a small number.

It most often occurs when producing special sound effects, more than once synchronized to the tempo of the work. As a layman, it can be absolutely misleading and even confusing that this kind of delay is often produced by sound engineers using the delay device. That is, there is little consistent attitude on the subject. That is, the terms echo and delay sometimes fly freely as synonyms for each other, but sooner or later it becomes clear exactly what you mean by that term.

But then what exactly is the difference between echo and delay?

To answer this question, let’s get a little biophysics first. So research reveals that our hearing can store a sound that lasts a large average of 100 milliseconds. That is, in practice, this means that if a minimum of 100 milliseconds or more elapses between two sounds, they are perceived as being separated from each other. On the other hand, if we talk about less time than this, it seems cohesive. In English, in order for the echo to be recognized as different from the source sound, a minimum of 100 milliseconds must elapse. Perseverance, we dissect the physics a little further.

An audio can travel an average of 343 meters per second, leaving a distance of 34.3 meters in 100 milliseconds. Yes, but for echo to occur, the sound must first reach the surface it bounces off, and only then walk the path it once did.

So, that means we get the good value by halving the data above. Suppose we are located 17 meters from a large, smooth surface that is perfect for reflecting echoes. Then, if we emit some sound out of ourselves with enough decibels and enthusiasm, we will find ourselves in a cubicle twice with the sound. On the one hand, when the direct sound sets in motion. On the other hand, when the echo returns to us faithfully. So we managed to clear the echo and present it in a sufficiently sensitive form.

What about the phenomenon of delay?

Elvis slapback delay – this is how the delay effect appears in many places, which is a popular tool for classic recordings. But what is it all about?

The delay is actually a bridge between echo and reverb, but we could also say that there is an overlap between the two echo types. The simple reason for this is that it can partially produce both types of echo according to the settings. Yet it is advisable to distinguish between the two, so the separate concept of delay is very correct.

What about the signal level of the delayed sound? There is a difference here compared to echo. The signal level is relatively high, as the delay time is so short that we do not hear the return sound completely separate from the source sound, while the number of repetitions is small.

It does not occur in nature on its own, so it is a sound engineering solution. Simply simplifying its functionality with the support of partially spatiality can be simulated without the sound blurring.

What are modulation effects?

We slammed into the letcho well, but then let’s not stop at this point. During the combined playback of the source and delayed sound, the quality of the sound changes in the light of the time elapsed between them. Delays of some time create the illusion of distance and spatiality, but those with a lower value create completely different types of sound effects. These are called modulation effects. Chorus and flanger or phaser fall into this category.

Well, that will be enough, but we’re saying it’s not over yet. Moreover, the modulation effects are well worth explaining, so here we continue in the third episode of our echo writing, which will not lack physics, of course, but we promise to keep you excited too!

Summary of the world of sound

Sound is a form of energy. It can be produced, moved, carried out, distributed over time and distance, and carried a huge amount of energy. It only sounds as long as there is energy in Read more… 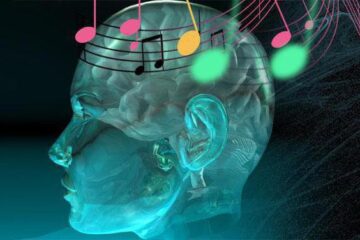