We recently tested the Genelec 8050A speakers. Our client, Károly Széki’s home studio, was acoustically treated by our company a few months earlier, sound-absorbing and diffuser panels were placed on the walls and ceiling, bass traps printed in the corners were placed – after an acoustic measurement – and a densely woven acoustic carpet was placed on the floor. The room acoustics are thus perfect, providing an ideal setting for testing Genelec speakers. Károly mainly uses his studio for sound recordings and sound mixing, but we wanted to get a full picture of the performance of the speakers, so we also tried them while watching a movie.

Get to know this Finnish studio speaker!

The Genelec brand was founded in 1978 by two child-friendly friends, and the Finnish company has since been continuously developing its products, primarily taking into account the opinions and needs of users. 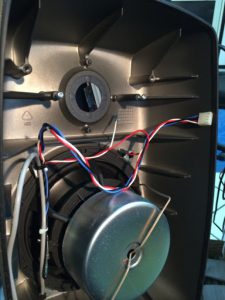 The Genelec 8050A speakers combine the old and the new. The cast aluminum speaker housing — responsible for rigidity — and the amps and crossovers are new. The MDE (Minimum Diffraction Enclosure) housing improves the frequency. The 8050A’s rugged, satin-colored housing and acoustically optimized metal grille withstand heavy use.

Its minimalist, modern look suits the tastes of many. It is characterized by a strongly rounded shape, and in terms of the electronics inside, it consists of three parts: the power supply, the output module and the filters. All 8050A controllers are located on the back of the box. The input sensitivity can be set between -6 and +6 pcs. Another novelty is the low frequency control. The speakers can be placed on a stand or console using the included Iso-Pod system, which prevents sound distortion and detaches the speakers from the surface of the stand. 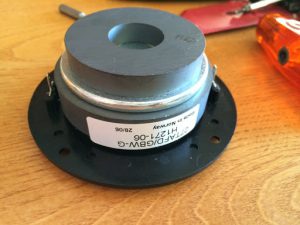 The speakers were pre-drilled with holes for mounting on the ceiling or walls. They can be fixed and rotated easily and in several ways. The Directivity Control Waveguide (DCW) solution provides a soft, fine axial and off-axis frequency response. In 2005 it won the TEC “Studio Monitor Technology” award and in 2006 the MIPA “Best Studio Monitor (Nearfield)” category award.

Some useful information about speakers:

Let’s see how these speakers performed during the test listening! 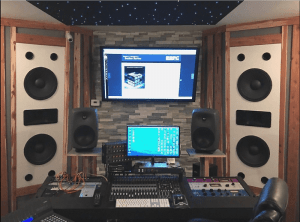 In the small home studio, we placed the Genelec 8050A speakers on stands and started listening to music. The first “performer” was the Queen band, we listened to their legendary hit “Bohemian Rhapsody”. The 6-minute song explores multiple musical styles, making it an ideal choice for a speaker test. All you can say about the 8050A speakers is that they are simply amazing! They produced perfect sounds in the deep, medium and high ranges as well. The different styles of music sounded beautiful, clear. We experienced a detailed, spacious sound. Although, Károly, the owner, bought the speakers for sound recording and sound mixing, we didn’t forget about home cinema either, as the sound material of the movies can only be enjoyed to the maximum if we get good quality speakers.

The 2020 action movie Bad Boys for Life, took place during testing. (In Blue-ray quality, of course.) The exciting action comedy starring Will Smith and Martin Lawrence features plenty of sound effects and better-than-better music that Genelec’s speakers sound flawless. There were no traces of distorted, confused sounds, the noise of dialogues, guns, the sound of the roaring engine of sports cars, and the super musical inserts were also clearly understood, detailed, and realistic in sound. (It should also be mentioned here that studio monitors are primarily made for professional musicians, in studios where surround sound has been improved with sound-absorbing and diffuse panels.)

Who do we recommend the Genelec 8050A speakers for? 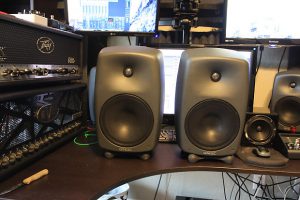 Definitely an excellent choice for recording studios, professional purposes, sound mixing. This model truly delivers flawless performance at all frequencies and volumes. It’s also great for post-production, but this type also holds true in movie theaters, it won’t disappoint movie fans either. The acoustic characteristics of the given room are very important, we definitely recommend that you perform an acoustic measurement in order to accurately determine the ideal placement points of the acoustic panels.

The near-studio studio speakers are designed for smaller rooms, where they focus only on the sound experience of the musicians sitting close to the speakers, they don’t care about reflections or interference, as the studios presumably went through acoustic treatment from the walls to the ceiling. If we take all these aspects into account, we will be satisfied with the sound quality radiated by the speakers.