In recent years, the Italian company IK Multimedia has added synthesizers, drum machines and studio monitors to its range. The larger of the two, the IK Multimedia iLoud MTM, is a mid-range close-range monitor that focuses on accurate sound reproduction and neutral tone. We have previously tested the iLoud MTM studio monitor. 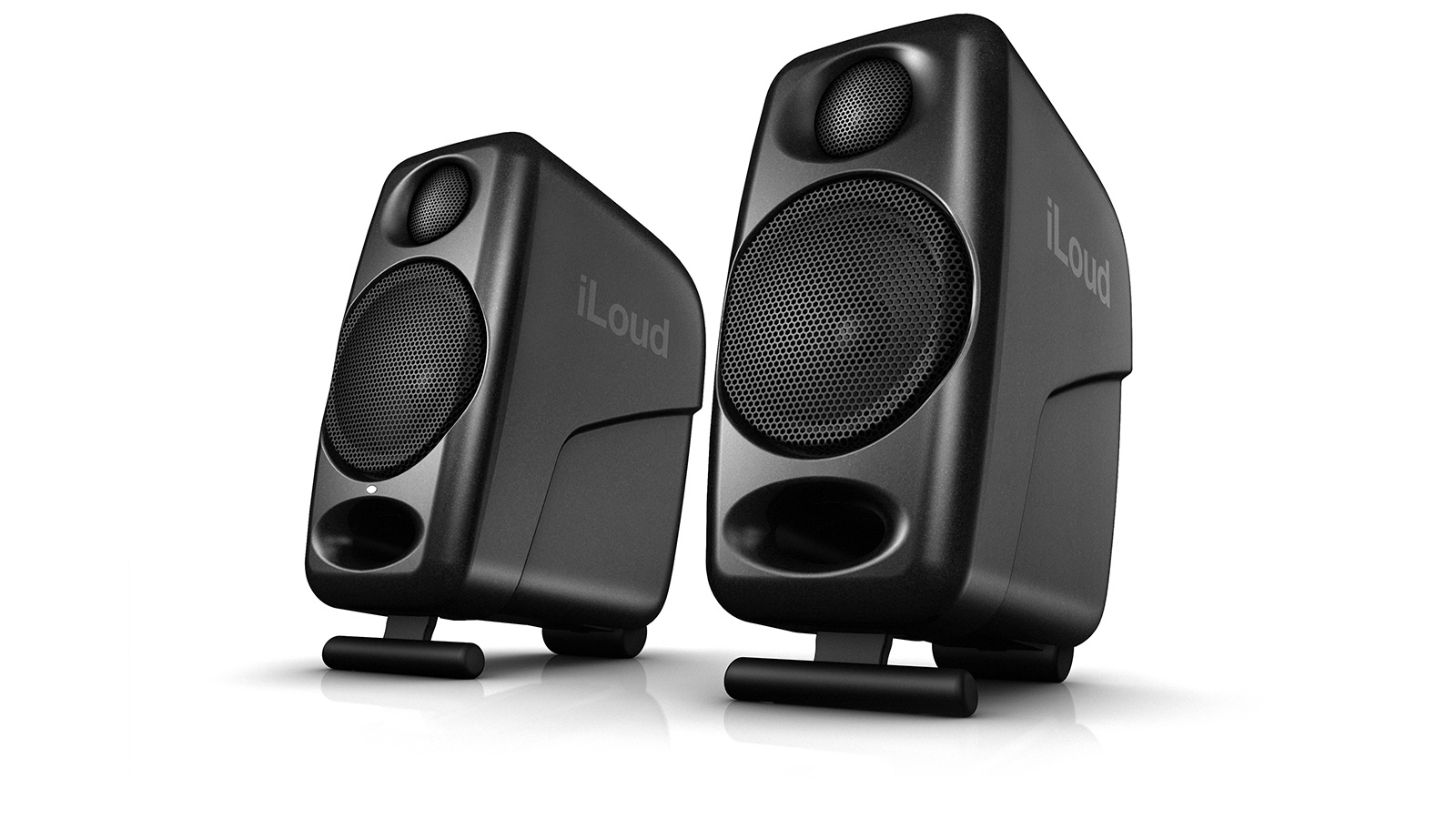 MTMs also have a little brother; the IK Multimedia iLoud Micro Monitor. This model features two smaller active speakers, each with a 3″ woofer and a ¾” tweeter, a front bass port and calibration EQ. For connection, a single stereo RCA and a single 1/8″ TRS stereo input are available. Bluetooth connectivity is also available for streaming music or movies.

MTM iLoud monitors are very popular. The smaller size of the iLoud Micro, Bluetooth connectivity and the lack of XLR or ¼” TS inputs mean that it is likely to target a different market.
IK Multimedia iLoud Micro monitors are indeed small in size. The XLR and ¼” TS jack outputs are missing, so for some connections – we had to purchase a separate cable. For basic content playback, such as watching a movie, we simply plugged our laptop’s headphone output into the speakers and we were ready to go.

The iLoud Micro studio loudspeaker differs from the MTM loudspeaker in that only one power supply is needed to operate both speakers. Presumably for ease of portability, power and sound are also transmitted to one speaker, which then sends the sound and power to the other speaker.

Depending on the studio, the speakers can be positioned in either direction, and are also fitted with fold-out stands to facilitate separation from a desk or shelf. Both speakers have a microphone stand connector at the bottom, so you can place them on more than just a desk.

The specified frequency range is also better than average, heading towards the 55 Hz range. Switches on the back of the speaker allow different EQ settings to suit the room.

Calibration EQ systems alone are not enough to improve room acoustics. Acoustic sound absorption panels and acoustic diffusers are also needed to achieve the right room acoustics. In studios, it is even more important that the recorded or mixed music is perfect. Walls and ceilings reflect sound, and the only way to eliminate reverberation is with panels designed for acoustic purposes.

IK Multimedia’s iLoud Micro loudspeaker has been designed with the needs of studio and music production professionals in mind. From the calibration EQ program, to the detachable feet; practical solutions to help you create high quality studio work. We recommend this speaker primarily for smaller studios.

Thanks to Bluetooth connectivity, streaming services are also available. You can watch Netflix or listen to Spotify playlists. They’re also great for mixing and blending music.
Unfortunately, the speakers overheat quickly. The DSP should control this.

The front panel of the tweeter has a small waveguide. The positioning of the tweeter prevents the dispersion at the upper frequencies from being too wide. The narrow baffle plate eliminates diffraction problems, which is necessary as the tweeter is quite close to the speaker cabinet.

One of the main advantages of this active studio monitor is its portability, compact size and Bluetooth connectivity. Thanks to DSP correction, even low frequencies sound clear. We recommend it primarily for smaller studios.

Its accurate, dynamic sound makes it an ideal reference monitor. It delivers clear, even sound regardless of listening position. A great choice for music mixing and mixing.

On the downside, the lack of XLR or ¼” TS inputs and premature overheating are notable. The EQ settings are not the most optimal. The speaker grille is not very aesthetic and detracts somewhat from the sound quality.