The DLA-RS3000 is the world’s first 8K home cinema projector with a resolution of 8192 x 4320, a high-resolution, 100 mm diameter genuine glass lens with an aluminum lens tip.

D-ILA or Direct Drive Image Light Amplification is a technology developed by JVC that provides unmatched image quality, natural colour reproduction, and clear and vibrant colours. The first D-ILA projector was launched in 1997, and since then this advanced technology has been used, giving the clearest, sharpest, most accurate image. This is actually a liquid crystal technology that is very different from the liquid crystal display in other products i.e. LCD technology because the liquid crystal used in DLA technology is silicon based, LCOS-Liquid Crystal on Silicon technology that combines the advantages of LCD and DLP.

In LCOS, the liquid crystal is placed between a reflective base plate and a light-transmitting layer. Depending on the polarization of the crystal, the path of light that either reflects or does not reflect from the mirror surface opens or closes. One of the most important advantages of LCOS technology is that the image it produces is completely free of pixelation, as this technology provides such a high resolution as the distance between the pixels is minimal. LCOS images provide a more natural, smoother look. This technology is based on three chips, the three base colours, green, blue, and red, are projected simultaneously. This will improve colour saturation and avoid the annoying rainbow effect of DLP’s rotating colour wheel. The relatively short lamp life and expensive lamp replacement can only be a disadvantage of LCOS technology.

The high-power lamp of the native 4K D-ILA projector has a brightness of 2200 lumens, the native contrast ratio is 100000: 1, it is made of hand-selected components, there are 2 18 Gbps, HDCP 2.2 compatible HDMI inputs on the device. The projector, HDR10 is compatible thanks to the Auto Tone-Mapping function.

It provides true 4K resolution and can faithfully reproduce all 8.8 million pixels in 4K content. Estimated lamp life in low mode is 4500 hours. Even in low mode, the projector can produce enough light for a home theater or auditorium.

JVC’s own 8K Shift technology converts roughly 0.5 pixels into pixels. Although it cannot receive 8K signals and is not equipped with HDMI 2.1 inputs, it can convert 4K content to 8K.

It delivers extremely rich, vibrant colours and, according to the manufacturer, can reproduce 100% of the DCI P3 (Color Gamut) color space even when the Cinema Filter is turned on. A true glass lens provides a high-resolution, sharp-focus image in full screen. The combination of Adaptive HDR Sound Map and Theater Optimizer eliminates the problem of lack of brightness, as this feature dynamically measures the brightness of HDR10 content and automatically adjusts it for the best HD picture. The contrast and black levels are simply perfect.

Mentioning a competitor, the Sony VPL-VW915ES laser projector would highlight the same 4K resolution, but jVC with higher native contrast and better optics is available at a better price. HR also performs better, but Sony requires almost no maintenance as it has a laser lamp. We would clearly take the JVC 8K projector out of the competition victoriously because it produces stunning images, mostly thanks to improved optics that increase brightness and contrast, resulting in much more realistic, more natural colour reproduction.

As a negative, only a few small things can be mentioned. When the device is operating in full mode, it has proven to be a bit noisy. However, the lamp life is finite and lamp replacement can be very expensive or the image projected by the projector is limited.

It is also compatible with the hybrid log Gamma device, it offers wireless transmission options and a 6-axis matrix control system for 3D viewing. Additional settings can be made using the automatic calibration function, the optional sensor probe and software. The low delay improves the image and speeds up the operation, reducing the game or PC frame delay. And Motion Enchants technology reduces blur. 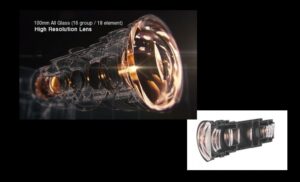 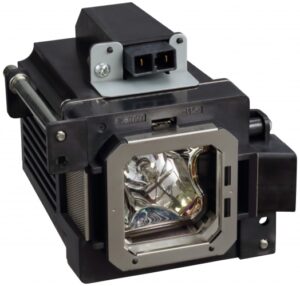 The mercury lamp has a power of 265 watts, electric focus and zoom, and weighs 21.8 kg. The appearance of the projector is simple, aesthetic does not bring any innovation. The remote control has been given the style of standard JVC projectors, simple, logically transparent and easy to use.

The testing site was a well-equipped home theater room set up in the basement of a family home.

The projector projected sharp images and vivid colours even under lamp light, but since we’re talking about a movie theater, total blackout is most ideal, which can be solved with thick, densely woven curtains. When designing our home theater room, you may want to consider acoustic treatment of walls and ceilings with sound-absorbing and diffuser panels that reduce any reflections. If we cover the floor surfaces with thick, densely woven carpets, we can not only achieve a homely and comfortable effect, but also improve the acoustics with their help. We watched the 2010 The Chronicles of Narnia : The Voyage of the Dawn Trader adventure movie in 3D. The projector delivered impressive performance, the black level and colours as well as the contrast were flawless, with a bit noisy operation. Its placement and settings were relatively quick and easy to do, with no difficulty at all. 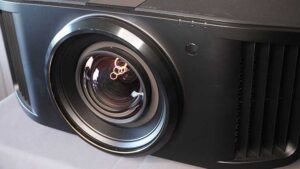 JVC’s premium home cinema projector is the best projector on the market. Compared to laser projectors, the disadvantage is that the lamp life is finite and lamp replacement is not cheap fun, laser projectors have virtually no maintenance costs, but the quality of the images projected is lower than that of a JVC D-ILA projector with real glass lens or real glass optics. compared to. The black level, contrast, and colours are flawless and can be further enhanced thanks to fine adjustments. It returns natural and realistic colours and images, the price is quite high.