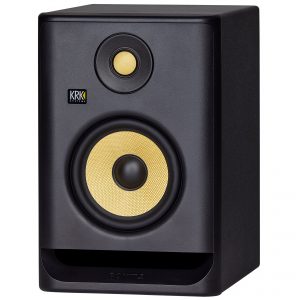 The sound of the KRK Rokit 5 series models was not perfect, they were characterized by too deep and too loud highs. The G4, on the other hand, balanced the frequencies and the previous faults were eliminated. As an active, close-up monitor, it is ideal for studios and sound recordings.

The matte, black-faced, square-edged speaker weighs 4.9 kg. The iconic black-yellow colour did not change, it underwent only some refinement, the bright yellow colour was replaced by a softer, more pleasant shade of yellow. Unlike previous models, the G4 speaker got a Kevlar subwoofer and tweeter, making the bass much better. The front bass opening has become larger, which also results in more intense bass. 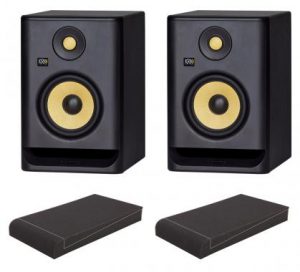 The housing has a solid, solid, high-density iso-foam cushion at the bottom, which guarantees that resonance is minimized. Still, the placement of the speakers matters a lot. It is also worth considering the distance from the wall, the listening position and the acoustics of the room. If we put the speakers in a closed cabinet or shelf, we can expect some resonance despite the iso-foam legs.

If you want a really effective solution to eliminate vibration, place a speaker pad under the speakers or even on top of them. Granite or limestone pads are best suited for this purpose. With their use, almost complete resonance is achieved and, in addition, they even provide an aesthetic appearance.

Acoustic treatment of walls and ceilings is very important in rooms, but especially in sound recording and mixing studios.  Acoustic problems caused by echo and vibration can also be successfully eliminated with proper treatment. 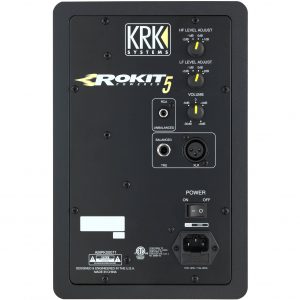 The Rokit 5 speaker has a frequency response of 43Hz-40kHz and a maximum sound pressure level (SPL) of 104 decibels. The monitor has a power of 55 watts. Combined The TRS, XLR connectors support balanced sound. No RCA connector. The back of the speaker has an LCD screen instead of many controls, and the coding is much easier thanks to the DSP system. The brand logo has been backlit to indicate standby mode.

For speakers with a Class “D” amplifier, the loss is very small. For Class “D” amplifiers, the audio frequency input signals are encoded as pulse width modulated (PWM) signals and control high power devices between the opening and closing signal levels so that they absorb power only during the signal transitions. These types of amplifiers are very efficient and the loss is negligible. 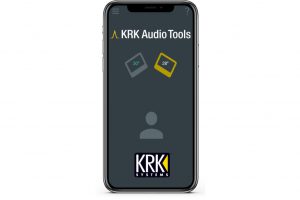 25 different EQ settings are possible, the KRK Audio Tools application can be used to place and tune the monitor. The speaker can be installed and controlled on iOS and android devices. The Spectrum RTR measures and controls the frequency range of the input audio signals, the Level Meter calibrates the monitor level, the EQ Recommendation determines which EQ setting is best for the room, and Monitor Align tunes the direction of the monitors.

Room correction programs are very useful if the acoustics of the room are adequate, because with minimal corrections we can make the sound of the speakers almost perfect. In addition to poor acoustics, these programs tend to only degrade the sound, as acoustic faults are perceived as sound pressure faults and stopped instead of the real problem.

The Rokit 5 G4 two-way monitor was tested in a recording studio. The home studio is owned by a sound engineer who is mostly involved in sound mixing. The acoustics of the studio were absolutely optimal, so there was no problem with that.

We first listened to David Guetta and Sia’s hit song, Let’s Love. KRK performed very convincingly, with percussive, distortion-free deep sounds, and the mid-ranges were also present clearly and beautifully. Both the vocals and the instrumental parts were clear, we were satisfied with the low frequencies as well.

Then the number of Ofenbach: Head Shoulders Knees & Toes was played. The basses were flawless, so powerful that you didn’t even need a subwoofer next to the monitors. We discovered some inaccuracies at the high tones and also found something to cast in detail, the stage image could have been wider, but since these are close-up monitors, this is no problem. It is also possible to listen for a long time without ear fatigue, which is a very important aspect in the studios.

We had a positive impression of the Rokit 5 G4 studio monitor, the bugs of the previous models were successfully corrected, the bass was perfect thanks to the Kevlar subwoofers and larger bass aperture, the treble was not flawless, the stage image could be wider, but as close-range speakers serious problems. In studios, we recommend it as a reference monitor, as it is also suitable for long-term listening without causing ear fatigue. The EQ settings, the LCD screen are innovations that we highly recommend.