Unlike LCDs, OLED displays do not require a separate backlight to illuminate the image. Pixels emit their own light. This is a special advantage for them, as each pixel can be completely turned on or off individually; the flashing backlight of the LCD device does not result in a blurred image.

LG has further developed this OLED technology, improving video processing with a new Alpha 9 Gen 3 processor and AI ThinQ software. One of its primary functions is to distinguish between different types of objects, details, such as faces and graphics, that appear on the screen to provide more detailed processing. You can set the software to detect what content (sports or movies) you are watching and automatically adjust the image.

The CX also supports the most popular 4K high dynamic range formats, including HDR10 and HLG (hybrid log gamma) formats for streaming services like YouTube and 4K broadcasts like DirecTV. And the CX supports the increasingly popular Dolby Vision HDR format, which has now been expanded with IQ marking, which means the TV can adjust the picture to suit the lighting conditions perceived in the room. 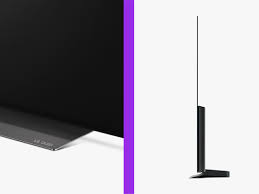 An additional benefit of OLED technology is that since there is no separate backlight, it can be super thin. The LG CX can be wall mounted using a standard bracket. However, the included wedge-shaped table stand is a very stable support. It can be fixed with a few screws. 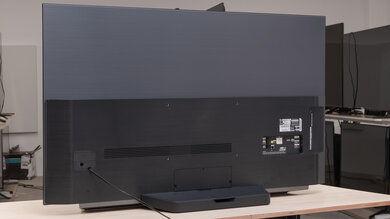 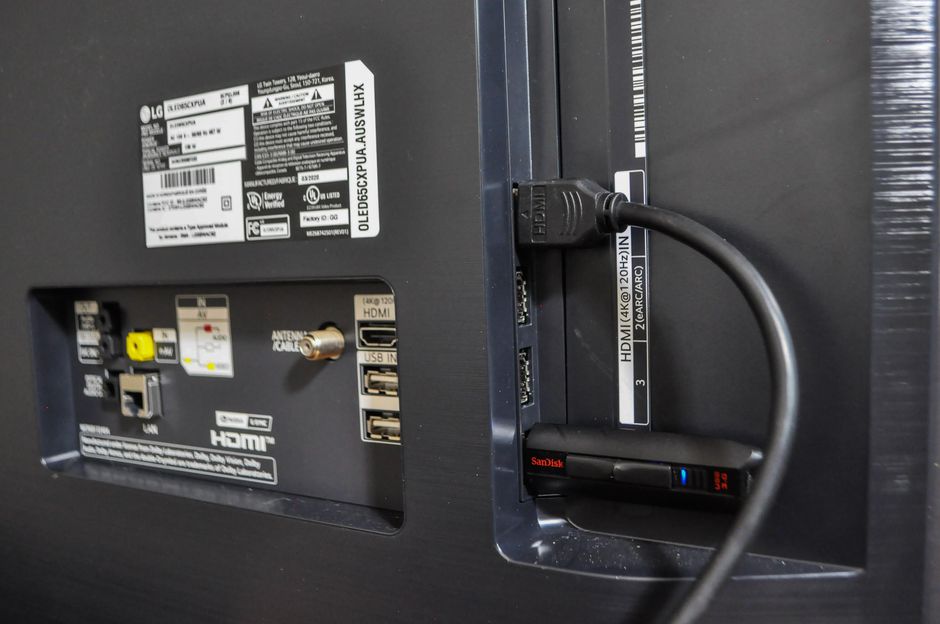 The back panel has a total of four HDMI 2.1 ports and three USB 2.0 ports. The device has an Ethernet connection and also an RF coaxial connector. For sound, there is optical digital audio output and a mini jack for wired headphones.

The LG CX has standard Wi-Fi support and a Bluetooth connection for pairing with headphones and brain wireless speakers. The LG device also supports the aptX format for better wireless fidelity. In addition, the TV supports Apple Airplay2 as well as Apple Homekit. 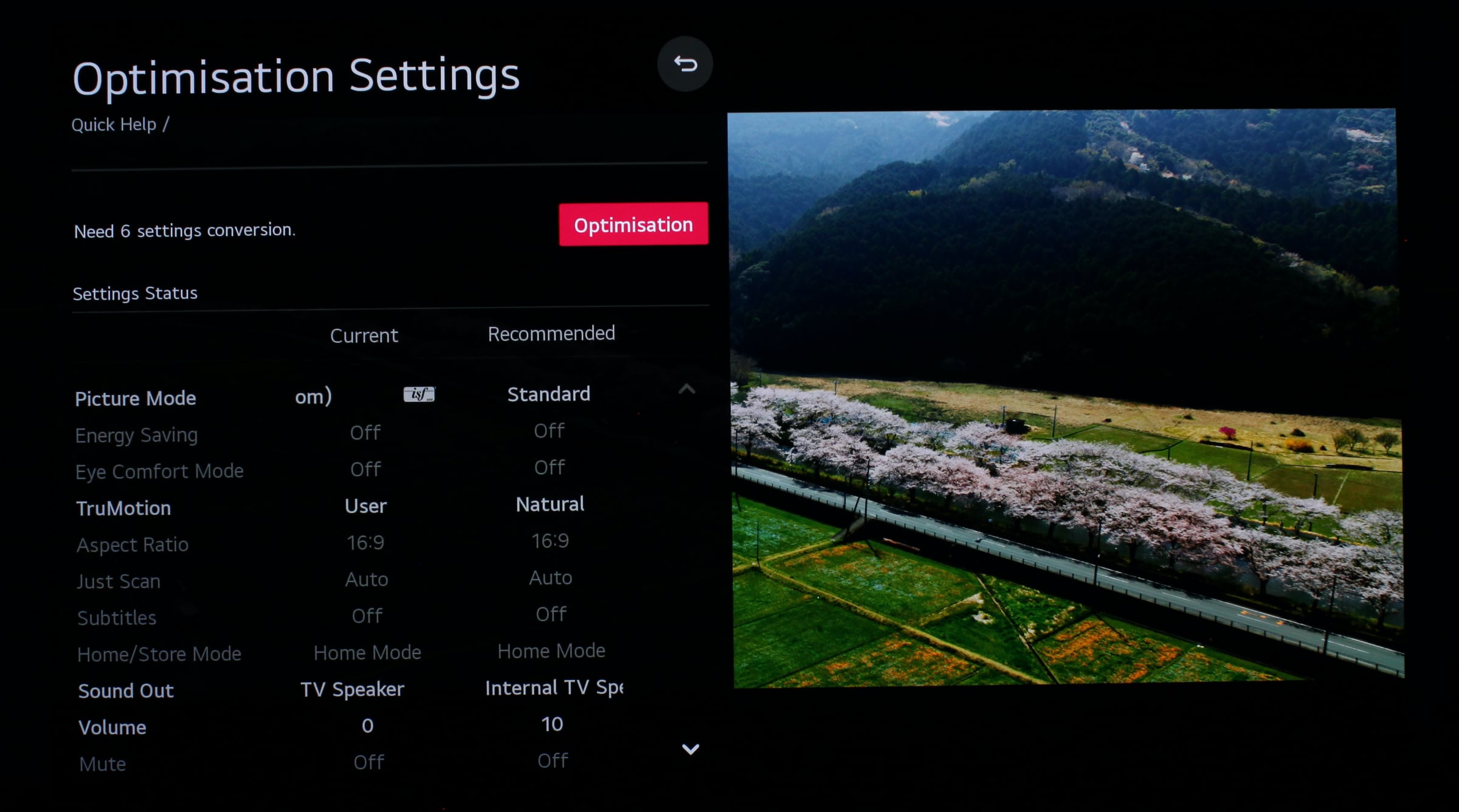 When setting up the LG CX, there are a variety of imaging options to suit virtually any taste. There are a number of preset picture settings, including sports, movies, games, vivid pictures, and HDR effects modes. It also includes the new Filmmaker mode, which produces the original image as accurately as possible by restoring the aspect ratio, colors, and frame rate of the original film. Like Cinema mode, it may be a little blurier than the other settings, but it gives the most accurate picture. The LG CX AI Picture Pro setting tends to process different parts of the image differently.

Overall, the colour fidelity of the LG CX was excellent. The viewing angle was exceptionally good. There is no decrease in brightness or saturation regardless of your viewing position. The films seemed almost three-dimensional. In film mode, it produced much deeper colors and more realistic skin tones.

One of the most basic differences between the CX OLED and the cheaper 4K models is that the color change is not smooth for the smaller models. CX OLED, on the other hand, handles most transitions without distortion. The content of the popular Netflix or other streaming services is also displayed fantastically sharp and clear on the TV screen. The LG CX didn’t disappoint with standard HD content either.

One area where OLEDs are generally lagging behind is the display of shadows and details in darker scenes. We are pleased to see that the LG CX OLED has overcome these problems.

LG is also great for gaming. It has a reduced latency game mode that worked well with the Xbox One 4K game. LG supports HGiG for HDR gaming. LG includes a pixel refresh feature designed to eliminate image retention,

LG has offered an accurate and wide range of colours. The colour accuracy of the LG CX was one of the most outstanding factors. The LG CX provided one of the widest color gamuts we’ve seen, resulting in more intense colours and a vibrant image

The LG CX has proven its capabilities in games too Thanks to the low latency mode, we were able to see perfect images for games as well. Bottom line: The LG CX is one of the best gaming TVs we can get.

The general weakness of large flat screen TVs is their sound. Their sleek design lacks space for traditional speakers. The device has an AI Acoustic Tuning setting that uses the remote control microphone to calibrate the sound for that room. It only takes a few seconds to complete the calibration, after which the TV really sounded better, it resulted in improved sound, it put music and sound more in the foreground, in the middle.

For the ideal sound, it is better to create a good quality sound system with suitable speakers and an amplifier. The acoustics of the rooms also need to be addressed if we want the perfect solution. It is recommended to place acoustic sound-absorbing panels and diffusers on the walls and ceiling. Testing was performed in a larger living room where wood membrane absorption panels as well as pyramid diffusers and acoustic mats were improved on acoustics.

The LG CX OLED also supports Dolby Atmos. There are several preset sound modes, and Cinema mode provides the most balanced effects. There is also a five-band equalizer that is effective in the frequency range of 100 Hz to 10,000 Hz, so if you want to adjust the sound, you can do so in Standard mode.

In the music field, we heard a little too vivid treble and overly accentuated bass, but after adjusting the Music mode, we made the sound balanced.

All the apps we tested, from Netflix to Vudu, worked well, there were some minor flaws, such as the Pandora music app not being able to display everything properly on the screen, but a later software update solved the problem. LG keeps the apps up to date, webOS is extremely useful. 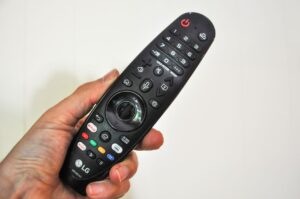 The LG Magic Remote has a scrollable / clickable ball in the center to move the cursor on the screen, like a wireless mouse, and the standard numeric and volume and channel buttons.

It is a logically arranged, curved remote control that can also be used as a universal controller. It took a few seconds for the remote to recognize the PlayStation 4, for example, and execute the command on that device as well. Pressing and holding the microphone button on the remote will launch Google Assistant, which works extremely well.

Unlike the premium members of the LG OLED family, the CX OLED does not have built-in remote microphones, so you can only use the remote control microphone input. LG ThinQ smart TVs also offer built-in support for Amazon Alexa.

This smart TV rewards movie fans with an unparalleled picture. If we are looking for the best possible 4K image, the LG  will not disappoint. With enhanced sound and state-of-the-art smart TV features including voice control, this device becomes even more attractive. If you want an even more real cinematic experience, you can use a projector and projection screen instead of a TV, but it should be mentioned that the LG CX series and other smart TVs with similar capabilities are capable of much sharper images, higher resolution and brightness than the best projectors! 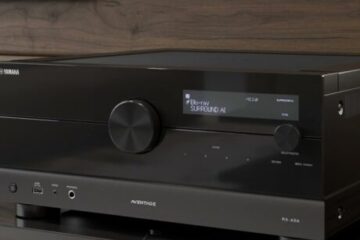