We have tried the Marantz NR-1200 stereo receiver!

We have tried the Marantz NR-1200 stereo receiver! 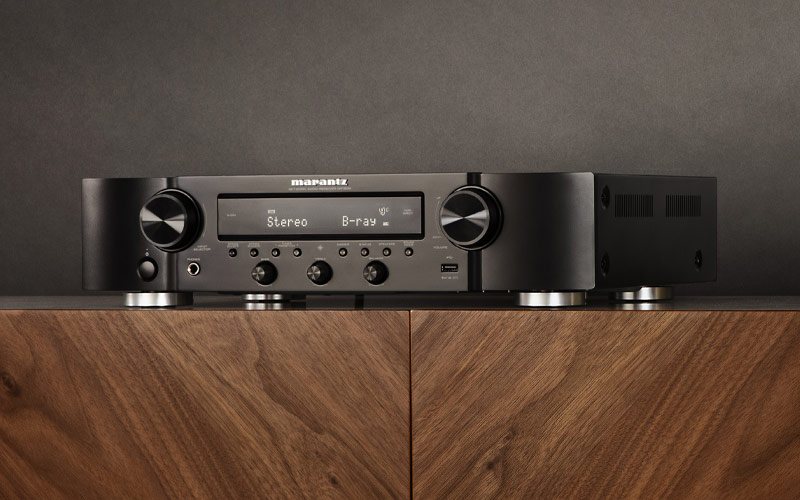 Saul Bernard Marantz, musician and photographer, is associated with the Marantz company, founded in 1953, which has been making an unstoppable breakthrough in the audio products market since its inception. For Marantz design engineers, the most important considerations are excellent sound quality and the use of high-quality components. The NR-1200 integrated radio amplifier weighs 7.9 kg and has a graceful, elegant design.

The Marantz amplifier has many extra features that make it almost like a home theater device. The first time you turn on, you want to connect to the television right away, you have to point it away from the remote control. There are standard buttons on the front panel below the large display, and large control dials on the left and right sides of the display. On the back you can find RCA, Ethernet, optical and coaxial inputs, as well as 4 pairs of speaker outputs. 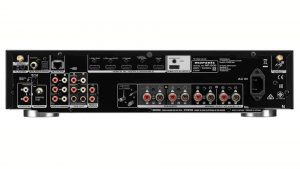 In addition to the usual audio inputs, the NR-1200 also has 5 HDMI inputs that support HDCP 2.3, 4K Ultra HD 60 Hz video, 4: 4: 4 Pure Color sub-sampling, HLG, High Dynamic Range (HDR10) 21: 9 VIDEO, 3D and BT.2020 signal transmission as well. It also supports the 24 bit / 192 kHz audio format, DSD compatible, up to 2.8 or 5.6 MHz resolution. Blu-ray players, set top boxes and game consoles can also be connected to the amplifier. The ARC (Audio Return Channel) also allows the transmission of audio from the TV, requiring only 1 HDMI cable. It mixes surround formats to 2 channels. You can also listen to digital radio stations with the built-in DAB + tuners. Thanks to the MM phono input, vinyl records can also be played, and Marantz’s HDAM phono unit provides clearer, more detailed sound. With the HEOS module, there is no obstacle to music streaming, via Spotify, Amazon music, Tidal, or even Tuneln Internet Radio services. 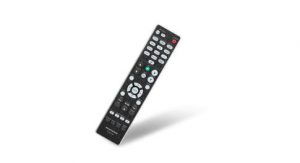 Of course, Bluetooth, Wifi and Apple AirPlay 2 connections should not be missing from the amplifier’s functions. With Bluetooth Out, you can move freely in the living room while listening to music. Various voice control features are also available, such as Amazon Alexa, Google Assistant, or Apple Siri. 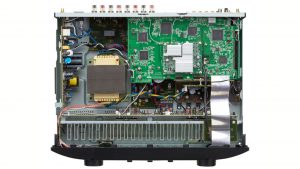 Optimized DAC circuits increase the dynamic range and result in a better signal-to-noise ratio. Excellent parts were used in the manufacture of the NR-1200. With 75 watts (8 Ohm) of power per channel, it produces sound in even larger rooms. The symmetrical right and left power amplifiers are centrally powered, so certain functions have independent coils, the power transformer is separated from the amplifier circuits, preamplifier, wireless module and front panel display, significantly improving channel separation, reducing crosstalk, resolution and clarity will be better.

We visited a settlement in Pest County, in the living room of a family house, where rock music fan owners asked our company to test the Nr-1200 radio amplifier. We also performed acoustic measurements here, based on which we recommended the acoustic treatment of the walls and ceiling with sound-absorbing and diffuser panels, and it will be absolutely necessary to place bass traps in the corners.

We started the music test with the concert film Bon Jovi: Live at Madison Square (2009). We paired the receiver with Dali Epicon 8 speakers. It conveyed a precise, sharp, clear, full sound with an extremely wide range of dynamics. The sense of reality, on the other hand, was not real, we didn’t feel every moment that we would be in the ranks of the concert audience either. This, of course, isn’t such a mistake, especially when you consider that it’s not a home theater, but a radio amplifier, although it’s almost misleading because of its myriad features.

We continued with another concert film. In 2007, the Nirvana band released a 66-minute DVD called Unplugged. We had clean, full-bodied sounds, a detailed and intense, airy musical experience. With life, we experienced the same here as in the case of the Bon Jovi concert, we had some sense of lack.

We also chose music from Spotify, listening to Jason Derulo’s recent hit: Take you Dancing. There was no problem with the clarity, dynamics and detail of the sounds, but we found the high and middle ranges to be duller, weaker than they needed to be. We also tried this with another streamed number and noticed the same symptom.

We also tested the romantic film Last Christmas. The film, starring Emilia Clarke, was released in 2019 in Blu-ray quality. Compared to the fact that the NR-1200, a radio amplifier, came as a positive surprise in terms of the sound of the film. The dialogues were clear and understandable, we were able to get a nice and full sound.

With its many functions, the Marantz radio amplifier stands out from other similar category radio amplifiers. Both the components and the housing are of high quality, the optimized circuits guarantee clear sound and wide dynamics. Aside from a few minor “symptoms,” this audio device is an absolutely good buy. Due to its good price and many features, the NR-1200 can be a favourite of many.