The Panasonic Blu-ray player can be categorized in a high price range among similar products, but once we have tried it, we can say for sure that if we are talking about a Blu-ray player, this model could be the real one! 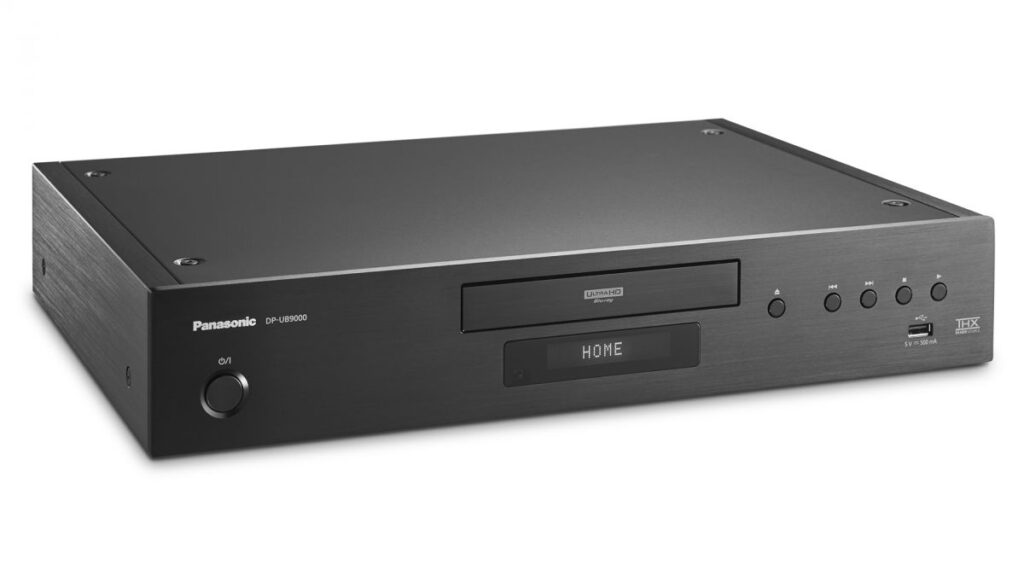 The front and sides of the player are made of thick aluminum, puritanical, simple in appearance. The back has many outputs, 7.1 outputs, optical, coaxial, and HDMI outputs for integration with home theater systems, and dedicated stereo RCA and XLR connections for audio systems.

There is also a separate HDMI connection that can be selected from the menu system and functions as a separate audio output. 2 USB 3.0 ports can be discovered on the front panel, and an Ethernet connection on the back panel and a Wifi connection are also available on the device. The disk drive was manufactured with a two-layer chassis, fixed to the thick steel plate to reduce vibration.

The audio circuit has been given its own dedicated power supply in order to maximize the sound quality and bring out the best possible sound. The analog outputs are also equipped with a special circuit for that player. HCX, or Hollywood Cinema Experience image processing engine, guarantees vivid, perfect images.

HR Optimiser improves the tone map of the HDR image, takes into account the brightness limits of the display, and adjusts the image to give the player the most detailed image possible, especially for white and light details. The player also recognizes Dolby Vision movies and bypasses the HR Optimiser function.

Streaming is also possible, so for example Amazon Prime Video, BBC iPlayer, Netflix are also installed on the device.

The remote control is backlit with chunky and touch-sensitive buttons.There are 6 setting options in the menu, which in turn is quite complicated and some settings are unnecessary. (For example, there is no need to turn Dolby Vision and HDR10 + support on or off in the menu if you can turn on the player automatically.) There is no DVD Audio and SACD support. The image enhancement feature is capable of impressive performance, although the Pioneer UPD LX500 player in a category with similar features works with a hair’s breadth of even more perfect image enhancement.

Isn’t Blu-ray players out of date?

It’s true that internet and streaming providers have taken over the dominance of series and movie fans today, but the time for Blu-ray players is far from over. Of course, nowadays only Blu-ray players that have extra features and have adapted to modern technology are worth something. Because the new types of DVDs are not compatible with the old types of Blu-ray players, the manufacturers have upgraded the DVD players and also allowed some online streaming service applications to run.

A Blu-ray quality movie can produce a much nicer, clearer, higher resolution image on a good quality modern player than online streaming providers. They also sell very cheap categories of players, when buying we have to consider whether we have a projector or 4K TV, or how much we will use the player, because if we only watch a movie on it once or twice, it is unnecessary to invest in a more expensive piece. On the other hand, it is against Blu-ray players that the movie offerings of Netflix and other streaming providers are many times the number of DVDs available for purchase. If, on the other hand, you want a true 3D, realistic and true cinematic experience, the scales are clearly tilting towards Blu-ray players, as an online streaming service provider will never be able to broadcast the same picture and sound as a Blu-ray. -ray player.

We tested the Panasonic player in a mid-sized movie room. In 2018, the historic film drama Mary Queen of Scots hit theaters, and we began our rehearsal for the player. We experienced very beautiful, clear images, accurate and dynamic production. This was followed by the 2016 war film Free State of Jones, starring Matthew McConaughey. Panasonic provided vivid, clear picture quality, we experienced excellent color balance, and the player performed quite well in terms of sound.

The acoustics of the home cinema were adequate, sound-absorbing and diffuser elements on the walls and ceiling, and sound-absorbing curtains in front of the window ensure the ideal sound quality.

However, we weren’t completely happy with its music because there is a Blu-ray player that performs better in this respect compared to the Pioneer UDP LX500 Blu-ray player, Panasonic lags a bit behind the competition in terms of accuracy, rhythm and dynamics, but in terms of image resolution, performance and sound the Panasonic DP-UB9000 has better clarity.

The era of Blu-ray players is not over, as evidenced by the upgraded Panasonic Blu-ray player with modern technology. Designers and manufacturers are advancing with age, which is why modern Blu-ray players have been equipped with extra features such as access to online streaming services. Panasonic’s image resolution is stunning, producing very beautiful, balanced colours, clear and sharp sound, and very good performance. Some of its competitors lag slightly behind in terms of accuracy and dynamics, with DVD Audio and SACD support missing. There is also a better music player than Panasonic. The menu options are complicated and easy to get confused with, and some menu options are even completely unnecessary.

For those who insist on a true cinematic experience and perfect picture quality, it is worth choosing Panasonic’s rather expensive Blu-ray player.