We have tested the Primare Pre 35 stereo and DAC preamp!

We have tested the Primare Pre 35 stereo and DAC preamp! 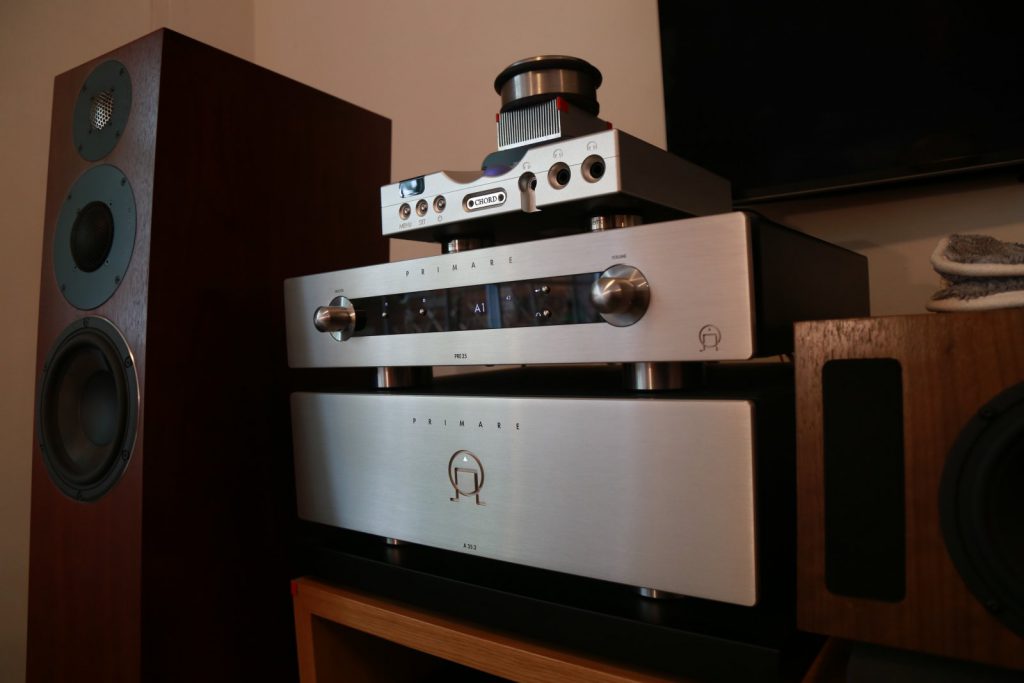 The Swedish-based company Primare was founded in 1985 by a Danish designer, Bo Christensen. Their products are characterized by durability, quality components and good sound. They make audio devices that produce perfect sound.

The Pre35 is an analog version of the Pre25 Prisma, which can be further developed with the DM35 digital analog decoder and Prisma module. The Prisma module is capable of processing data streams from digital sources, so it can be associated with smartphones and tablets, it supports WAVE, FLAC, ALAC, MP3, M84, DSD…, etc. formats. 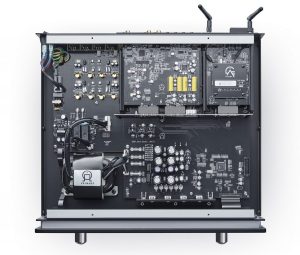 The integrated DAC circuit processes digital audio data in LPCM format. The Pre 35 preamp has been given an AKM AK4497 chip, which guarantees excellent sound quality and is capable of analog conversion of high-resolution digital signals. It offers multi-room or zone control and connection modes. It has 2 pairs of XLR, 3 pairs of RCA analog inputs, 4 optical Toslink digital inputs, and 2 RCA coaxial and 1 USB -B inputs. Converts signals from analog inputs to 48 kHz or 96 kHz digital format.

The integrated wireless streaming function makes Bluetooth, AirPlay, Spotify..etc available. It is also capable of signal processing of digital sounds of CDs, TVs and computers. The device is equipped with regulated Pre and LINE outputs. 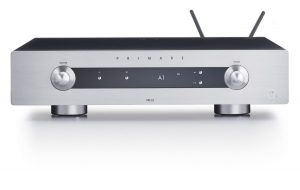 The beautiful, pretty exterior is not an aspect at all for Primare devices. So we didn’t fall on his stomach from his appearance, nor was his performance wall-shattering. When designing and manufacturing a Scandinavian audio device, the principle of “no more, no less” may have floated before the eyes of development engineers. For them, impeccable sound, the use of quality raw materials and components are important. Short signal paths reduce distortion of input and output signals. The stable metal housing of the Pre35 prevents resonance, thus further improving the sound. The aluminum front panel has a black and white OLED display. The device has 2 Wifi antennas. The rear panel houses a 12 V trigger switching controller, RS232 port and IR input and output. The Pre35 weighs 11.3 kg.

Together with Sonus Faber speakers, we started the test listening in the cinema room of a garden house in Pest County. The acoustics still need to be improved with diffuser panels in order for the sounds to be scattered evenly in all directions and angles in space. Listening to the fantastic hit of the Queen band, Who Wants To Live Forever, we recalled the story of the movie Highlander. Freedie Mercury’s unique voice resonated wonderfully, clearly, we experienced a wealth of detail and dynamics. We got the perfect stereo experience in the mid and high ranges, but the deep ones felt too much. We continued with the rock ‘n Roll genre, we were really invigorated by Little Richard Tutti’s song Frutti. The performance of the Pre35 was just enough to bring back the atmosphere of the original performance. The bass range was considered intrusive this time as well, and sometimes there were problems with the cleanliness of the bass. At a lower volume, this was a little better, but we weren’t completely happy with it.

Antonio Vivaldi’s work of four seasons, the Autumn took place. The instruments sounded delicate, tasteful, all the strings of the strings were removable. The midrange and treble were excellent, but unfortunately the deeper ranges were exaggerated for this music as well.

The Swedish manufacturer has come up with a fair device, the performance and functions are just enough, but the version without the Prisma module can be further expanded modularly, which is a positive feature. We recommend it primarily to those who don’t really care about looks and aren’t fans of brutal performance. The sound is almost perfect, but not flawless. The Primare Pre35 doesn’t offer more than it promises, but it keeps it to the maximum. The rugged housing ensures resonance reduction, and premium quality components suggest durability and reliability. The preamplifier produced adequate dynamics, accuracy and detailed sound. We would give 4 points out of 5 to the Swedish preamplifier.