We have tested the Sony BDP-S6700 Blu-Ray player!

We have tested the Sony BDP-S6700 Blu-Ray player!

Sony Corporation is a well-known and popular brand. The Tokyo-based multinational has grown to become one of the world’s largest electronics, IT and entertainment companies. Sony was founded in 1946 in Tokyo by engineer Masaru Ibuka and physicist Akio Morita. The company’s success story began in 1954 when Tokyo Tsushin Kogyo K.K., or Tokyo Telecommunications Engineering Corporation, as the company was then called, was licensed to manufacture transistors. 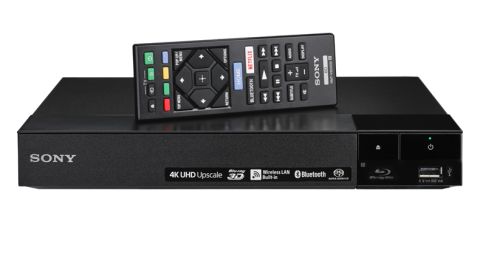 This player is an updated version of the BDP-S6500, but this model supports Bluetooth wireless technology with LDAC technology. This means you can watch movies with wireless headphones. You can also connect to the Internet via WiFi or Ethernet. WiFi is dual-band, so it has twice the bandwidth.

You can download a mobile application to your smartphone that allows you to use your phone as a remote control. The included remote control is a little too small, which is inconvenient in the hand. Fortunately, the buttons are reasonably placed and clearly visible in the dark. It also has buttons like a Bluetooth pairing button and a button to start Netflix.

The BDP-S6700 supports 24p on VUDU, Amazon and Netflix. Many Netflix and Disney Plus shows are also available in 4K. In addition to these applications, you can choose from more than 300 others. The Sony App Store is also available on this player and includes audio apps like Pandora and Spotify. (Of course, most streaming services require a subscription!) Selecting apps and navigating the home screen was simple and hassle-free.

There is only one HDMI input and one coaxial audio output on the player. Below the front power button is a USB port to which you can connect an external hard drive to play stored video and photo files. Audiophiles would benefit from a second HDMI port for audio output. The BDP-S6700 supports Dolby True HD and DTS HD Master Audio and can be connected to an AV receiver for stunning surround sound.

Because it’s DLNA compatible, we can upload music, photos, and videos to the cloud and access them wirelessly. Sony also has a SongPal Link smartphone app that allows you to play your music from your Blu-ray player in multiple rooms with compatible speakers. It is compatible with MP3, AAC, WAV, FLAC, ALAC and DSD formats, which can be played via the USB port. You can also play standard CDs with the player. In addition to standard Blu-ray and DVDs, 3D Blu-ray playback is also supported for those who value this feature. It is DLNA compatible, so it can be paired with other devices on your home network, such as a PC.

The Sony player is available at a very affordable price, but unfortunately in exchange for the affordable price, the exterior design of the player is pretty cheap, plastic and almost alarmingly light. Fortunately, it is small and thin enough to fit on any rack or shelf. However, it cannot be said to be ugly. Although black, there are fewer fingerprints on the case. There are only two buttons on the front panel – one to turn on the power and the other to turn on the disc tray. It would be better to have a display on the front of the player, but unfortunately this is not the case. The display was certainly left out for cost-effectiveness reasons. There was some noise during playback, but that didn’t stop you from watching the movie.

To connect the player online, see the quick and easy on-screen setup guide that appears when you turn on the player for the first time. Once connected, we have access to a wide range of apps, including Amazon Video, Netflix, Spotify and YouTube. We can select our favorites to have the system record on the home page for quick access.

You can also download Video & TV SideView to control the standard features of your Blu-ray player from your smartphone or tablet, but you can also control it with a simple but powerful remote control. You can easily navigate the menus, whether it’s playing a disc, browsing smart features, pairing Bluetooth devices, or changing settings — the organized home page is easy to navigate, while the dual-core processor provides enough speed. The menu responds quickly, and loading and booting disks is a quick process.

We first started testing with the animated film A Dog’s Way Home, released in 2019. The details of the faces and clothing were faithfully reproduced by the player, producing a deep and realistic visual, thanks to the detail that this player is able to display. The colours were also bright, without ever seeming like an exaggeration. As strong as the S6700 is in colour, it can perform well in dark scenes as well. The detail of the shadows is excellent, and it depicts dark and light elements so that they do not mix with each other. It also has HDMI Deep Colour.

I was not impressed by the 4K zoom capability of this player. It provides a sharp, detailed image, but don’t expect it to approach reality in terms of color, contrast, or subtlety. However, zooming does a great job with DVDs. Although the noise increases and the detail decreases, especially in dark scenes, it still produces a fully viewable image that shows colours as vividly and keeps movement as stable as Blu-ray. We also experienced speed and accuracy during streaming, although we did notice some motion problems, but the reasons for this were to be found in the limitations of streaming rather than in the ability of the player.

In terms of sound, the BDP-S6700 doesn’t do a bad job at all. The middle range could be a little nicer and more accentuated. He treats the bass with surprising confidence, while his momentum and dynamics provide excellent sound for soundtrack. We wouldn’t use it as an everyday CD player (it has shortcomings in terms of detail), but it’s absolutely good for playing casual music.

We cannot stress the importance of acoustics. If you want a perfect sound while listening to music or watching a movie, take care of the walls and ceilings of the rooms. Excellent sound absorbing and diffuser elements can be used to improve the sound. The floor arm is covered with soundproof carpets, so the acoustic development of the rooms will be complete.

The Sony has once again proven that it knows how to combine outstanding performance with a competitive price. This Blu-ray player runs applications much smoother than other players. The Sony BDP-S6700 is simply one of the best Blu-ray players in the world, thanks to its stunning picture quality, extensive application capabilities and the ability to convert videos to nearly 4K resolution. It’s easy to use and set up, and you can even convert 2D videos to 3D. But to talk not only about its beneficial properties, we also had some critical remarks. This is an older model, which makes the availability of services somewhat limited. Unfortunately, it does not support HDR, which would provide better contrast. The remote control is too small, its buttons are too close together. The appearence of the player is quite cheap, but we can’t expect much more at this price. However, its performance is really convincing, so anyone who doesn’t want to spend large sums on a Blu-ray player will do well with the Sony model.