Finally, we can set our loudspeakers 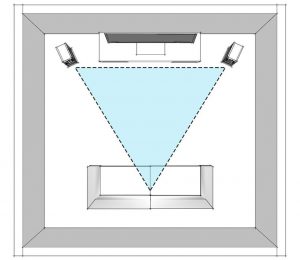 This is inevitable for the correct stereo image. Turn the speaker boxes facing you. If you have positioned the monitors really in an equilateral triangle the angle between the centreline of the loudspeaker and the opposite wall should be exactly 30 degree. You can check this angle compared to the mixing board or our table as their Half wavelength extinction frequency sides must be parallel with the wall.

Where should we turn the loudspeaker? 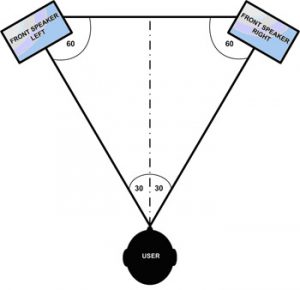 Tony Maserati multiple Grammy Award winner sound engineer said: when we are sitting in the monitoring position and turn our head to see the loudspeaker, we shouldn’t see the side of the box only its face plate which contains the loudspeakers. He turns his monitors towards himself so that the crossing of the lines started from the tweeters is not precisely at his ears but some centimetres behind his head. Rod Gervais: In his book Home recording studio… he defines this distance as 16 coll which is about 40 centimetres. That shows us that people like and use different things. Tony shares another useful information with us… He learned that loudspeakers must be as far from each other as our arms stretched out to both sides. In this case our palms will be exactly at the centre of the tweeters. It is interesting… (Tony Maserati: Tannoy).

In order to prevent the development of problematic interferences avoid equal distances between the monitor and the different walls. These distances should be not only different but avoid the multiples of the distances including the distance of one and a half times. For example, if our loudspeaker is 1 metre from a wall then it should not be 2,3,4, etc. or 0,5, 1.5, 4.5 metres from a neighbouring wall (or from the floor).

Use programs to solve this issue

There are programs that may facilitate our life and do a part of the calculations instead of us. After entering the dimensions of the room one of these calculators indicates the location where it is worth placing the loudspeakers. Link: http://noaudiophile.com/speakercalc/

Positioning and height of the monitor speaker

According to ITU standard it is 120-140cm. Hanson Hsu, the maker of brand-new and revolutionary ZR acoustics goes further as he observed that in the most popular studios of the world the centre of the tweeter is exactly 1219mm from the floor level.

Tilt the loudspeakers if it is necessary.

If it is necessary to tilt the monitors towards the floor so that the tweeters face exactly towards our ears, this tilt should be maximum 15 degree. But if we move back and forth, we will not hear the high frequencies equally.

An interesting concept is that by tilting the monitor the tweeter and the woofer get to equal distance from our ears (in our example 105 cm). But people don’t use this in every studio in case of near field monitors, thus it may not change the result significantly. But the main monitors are developed tilted in almost all cases.

Distance of the loudspeaker from the wall

The distance between the loudspeakers and the walls of the room has a big influence on the strength of the low frequencies. Why? The directional characteristics of the loudspeakers is much more omnidirectional – i.e. ball characteristics, they are emitting in every direction – regarding the low frequencies than in the case of higher frequencies. (The higher frequencies are much more directed.) This effect really begins from 500Hz downwards and from 125Hz it takes completely the shape of a ball. Thus, the bass is emitting in every direction resulting a buzzing uproar.

Direction of bass by proper positioning of the loudspeaker

Because the return way of the sound source being at 1/4 of the wavelength to the source is 2×1/4, i.e. 1/2… which means that the emitted and reflected wave is always in a 180-degree different phase. As they are equal but with opposite amplitude therefore, they completely cancel each other out. This is what we call boundary effect. This phenomenon results in big cuts in the frequency range and influences the bass reproduction much more than the standing waves. Unfortunately, we can fix this error only by correct monitor positioning and acoustic dampening. If we have loudspeakers not built into the wall the boundary effect will always be present.

We can significantly decrease the boundary effect with acoustic panels.
We can visualise this in the following Excel table: SBIR calculator.

We can position a monitor speaker two ways in order to decrease the cancelation:

1. Put the monitors as close to the wall in front of you (behind the monitors) as possible.
The closer you bring the speaker box to the wall the higher frequencies the cancellation effect will prevail. This is good news because the higher frequencies are much more directed and we can dampen them much more effective e.g. with acoustic absorber. To minimise the SBIR effect we should try first the distance between 0-20 cm. It is important to check the minimum wall distance in the instructions for the monitor because in case of certain (rather smaller) models this effect is included in the sound of the loudspeaker and if you fail to position the box according to the instructions you will not get the expected sound quality.

In case of very small distances an acoustic panel of 10 cm behind the loudspeakers can properly dampen the cancellation effect. Broadband bass traps are even better. Of course, it depends on the room as well. The bigger the distance from the wall the less effective is the acoustic dampening.

If you use very small monitor speakers do not place them to close to the wall! These small monitors are emitting in every direction also in low-mid frequency range and by placing them close to the wall the cancellation effect is stronger in the low-mid frequency range which produces audible tone colouring. The monitors having their bass reflex hole in rear side of the box may not be placed closer to the wall than it is permitted in the instructions.

A quick tip for the positioning of the loudspeaker:

You don’t have to power the loudspeakers placed close to the wall too much achieving thereby higher volume and lower distortion. But unfortunately, due to the near filed effect there will be a bass peak (the same when we put our microphone too close to the sound source) but we can easily handle this with an EQ or acoustic panels. Even better if we have a calibration software do the EQ setting, e.g. IK Multimedia ARC2, or ROOM EQ WIZARD (REW).

2. Place the loudspeakers in such a distance from the wall that the interference decreases.

We can calculate the cancelled out mid-frequency with the following formula:

Generally speaking, in case of a two-way monitor (this is what people call speaker boxes containing 2 loudspeakers) you have to be most careful in the range between 40-80 Hz, and do your best in case of frequencies between 80-200 Hz.

Therefore, in case of a typical studio monitor the recommended wall-loudspeaker distances

Of course, we can calculate the optimal wall-loudspeaker distance if we know the frequency of our loudspeaker where the bass starts to die away with 3dB. This is what we call the low cut-off frequency of the loudspeaker.

F-3dB –> the frequency where the low cut-off point of the loudspeaker is, i.e. where the diagram of the sound pressure falls 3dB.

In case of large loudspeakers that are able to emit very low frequencies this method leads to very big distances therefore it cannot really be used in home studios. The other problem is that in case of long distances the side walls and also the floor-ceiling distances will be included in the formula. In this case the best choice is a monitor built into the wall as we can see in big studios.

Bass cut and monitoring distance from the rear wall

In small rooms the biggest problem is the bass reflected from the rear wall. These low frequency sound waves cause peak at frequencies of 1/2, 1, 3/2, etc. which are usually below 6dB and result in rattling echo. Much bigger problem is that the wavelengths of 1/4, 3/4, 5/4 cause cut, we don’t hear these frequencies.

In small rooms it usually affects the range below 300Hz which can be quieter even by 30dB. In an ideal case our monitoring position is at least 3 metres from the rear wall, which shifts the quarter wavelength extinction effect into the frequencies below 30Hz. If you don’t have such a big room for studio you should certainly place acoustic absorbing panels on the rear wall in order to dampen the low frequency sound waves. This is recommended also in a room that is big enough.

Cancellation effects caused by waves reflected from other walls.

Boundary effect is caused not only in case of sounds reflected from the front wall. The floor, the ceiling, the side walls and also the rear wall all have this effect. Therefore, it is advisable to give acoustic treatment for the whole room. Thus, we need a more general formula to calculate the extinction frequency.

D direct –> the distance that the sound covers from the loudspeaker to our ears moving in a straight line.

As you can see on the picture this problem is increased if our monitor is close to the reflecting surface, e.g. you put it directly on the table. If you can place the monitors only on a table of any reason always raise them above the level of the table! By using table stands you can not only raise the tweeter of your monitors at the level of your ears but you can also hear a much “clearer” sound as a result of isolating it from the table.

Raise the monitors always with a hard and stable thing. And put a vibration damper (open cell foam, Auralex Mopad, etc.) or Blue-tec glue between the stand and the monitor.

The reflecting surfaces close to the monitor cause comb-filter effect. This produces tubular sound similar to a phaser or flanger effect. Therefore, never place any reflecting surface such as a wall, rack box, another loudspeaker, cabinet, etc. close to the loudspeaker. Also make sure that the computer monitors are behind the level of the loudspeakers at all times and as far as possible form the front level of the speaker box. Reflections may come from these therefore it is worth tilting them. You can test it while listening to music… 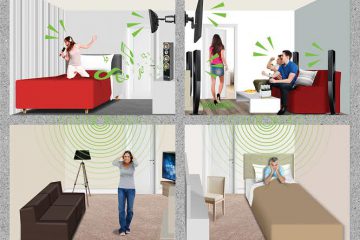 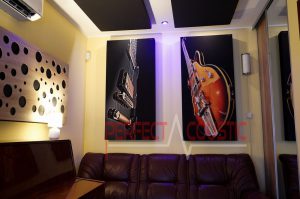 Echo cancellation – 10 useful tips to improve sound Echo can lead to sound degradation in many rooms. Echo, in other words reverb, is the reflection of sound waves from certain surfaces. Extensive, hard and Read more…

How to choose a speaker for your computer?

How to choose a speaker for your computer? Computers also need speakers, but when buying, you need to consider where and for what purpose you want to use them. At work, in the studio or Read more…

Any cookies that may not be particularly necessary for the website to function and is used specifically to collect user personal data via analytics, ads, other embedded contents are termed as non-necessary cookies. It is mandatory to procure user consent prior to running these cookies on your website.