Studio Microphone: Clash of Rode NT1-A and AT2035 Microphones!

Clash of Rode NT1-A and AT2035 studio microphones! 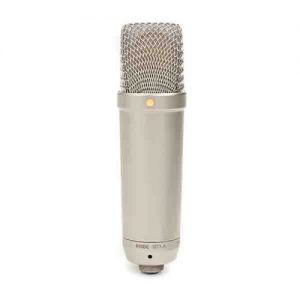 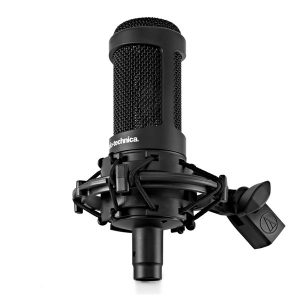 One of the most important equipment in sound recording studios is the microphone. You can choose from several types of microphones, depending on what purpose you want to use them for. We compared the Rode NT1-A and Audio Technica AT2035 microphones in our latest test.

The microphone sensor is heart-shaped, hence the name. Cardiod microphones are sensitive from one direction, so they can filter out external noise well. 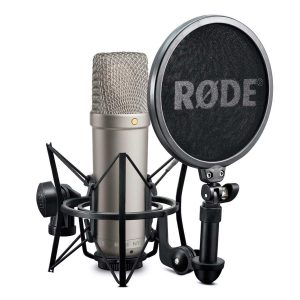 RODE Microphones was founded in 1967 by Henry and Astrid Freedman. They are based in Australia. The company designs and manufactures microphones and accessories. Their microphones are used in professional and home studios, on stage, for film and video purposes, and are also used for overhead stage, drum, foot drum, vocal, and choral sound. They have also been exporting to the United States for more than 25 years, and since 1998, their products have been exported to more than 30 countries. The NT1-A microphone also won the Editor’s Choice Award in 2004 as the world’s quietest microphone! Its noise level is only 5 dB, which is really impressive. The frequency range is 20 Hz to 20 kHz, the impedance is 100 Ohms. The signal-to-noise ratio of the aluminum, rugged metal audio device is 4.5 dB. It has an integrated Rycote Lyre vibration damper and the best double-layer metal filter.

In the studios, the sound recordings will only be of good quality if we take care of the acoustic treatment of the room. Even sound and clear sound can be achieved by using sound-absorbing and diffuser acoustic panels. Even if we equip our studio with the best and most expensive audio equipment in the world, in the absence of ideal acoustics, the sound of the recorded material will be disappointing. We are not convinced enough to stress the importance of acoustic treatment! The NT1-A is characterized by a wide dynamic range, clear sounds and detail. We experienced extra liveliness in the vocals, in the case of the instruments we felt this sharpness to be excessive. We could hear a popular, beautiful sound. Balanced mid-range, airy, bright treble were observed. 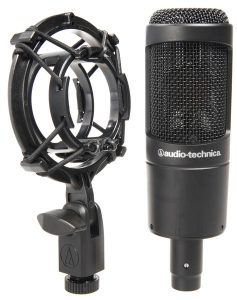 Audio Technica was founded in 1962 by Hideo Matsushita. The AT2035 microphone we tested, like the Rode, is a cardioid, large-diaphragm condenser microphone, the frequency response is between 20 Hz and 20 kHz, the maximum sound pressure level is 148 dB, and the signal-to-noise ratio is 12 dB. It has XLR outputs. Available with anti-vibration microphone holder and bass filter. Made of solid metal material. In the case of the Japanese instrument, we had a dynamic, precise sound, and the vocals and instrumental music also sounded clear and beautiful.

Both microphones were tested under the same conditions. Because they are cardioid microphones, also known as frontal microphones, they are primarily used for live recordings. They are among the most common microphones, their only drawback being that if they are placed too close to the source, they will color the deeper frequencies, which is why their placement is very important. Sounds and noises coming from the side and the back are filtered out. The testing site was a sound recording studio that was roughly 20 square feet in size. The acoustic conditions of the studio were optimal, with broadband elements and sound-absorbing and diffuser acoustic panels on the walls and a soundproof curtain in front of the window.

Both microphones are high quality with excellent dynamics and sound. We put the Rode as the winner because although the price is higher than the AT2035, the manufacturer also provides a 10-year warranty, a built-in vibration damper and an XLR cable for the product. Its biggest advantage is clearly the minimal self-noise, which makes it almost unique among similar audio products. We recommend it primarily for vocals. In the case of microphones, acoustic handling of the studio is essential, otherwise sensitive microphones will also pick up unwanted background noise, resulting in poor sound quality.