We have tested the UE Wonderboom 2 bluetooth speaker!

We have tested the UE Wonderboom 2 bluetooth speaker!

Ultimate Ears is an American earphone and speaker manufacturer in the United States. Mindy and Jerry Harvey founded the company in 1995. In August 2008, Ultimate Ears was acquired by Logitech. 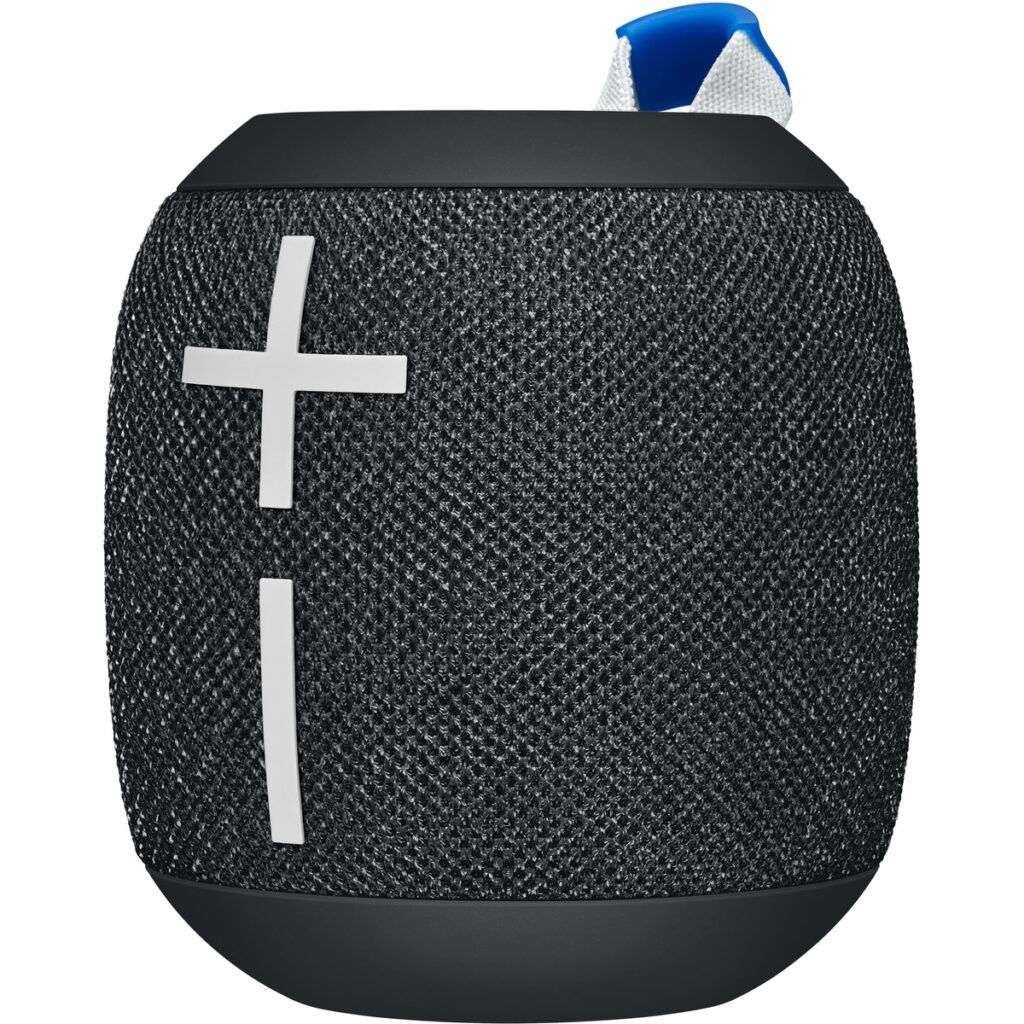 Summer is a period of freedom and travel, and it comes in handy with a durable portable bluetooth speaker with good sound quality that won’t be ruined by a few drops of water or dust and can withstand minor shocks. It is important that it be relatively light and compact in size in order to fit in a smaller bag.

Wonderboom is a bit like the plain UE Megaboom 3 – slightly wider but much shorter. The second-generation model is only slightly larger than the original Wonderboom. It weighs almost twice that of the JBL Clip, but that doesn’t mean it would be heavy.

At the top of the device are power and Bluetooth pairing buttons, as well as a textile loop to hang or carry the speaker. At the top of Wonderboom 2 we also find an extra button in the middle that allows you to control playback. Press this key once to play or pause the track and twice to fast forward. You can adjust the volume with the large + and – buttons on the side of the speaker. 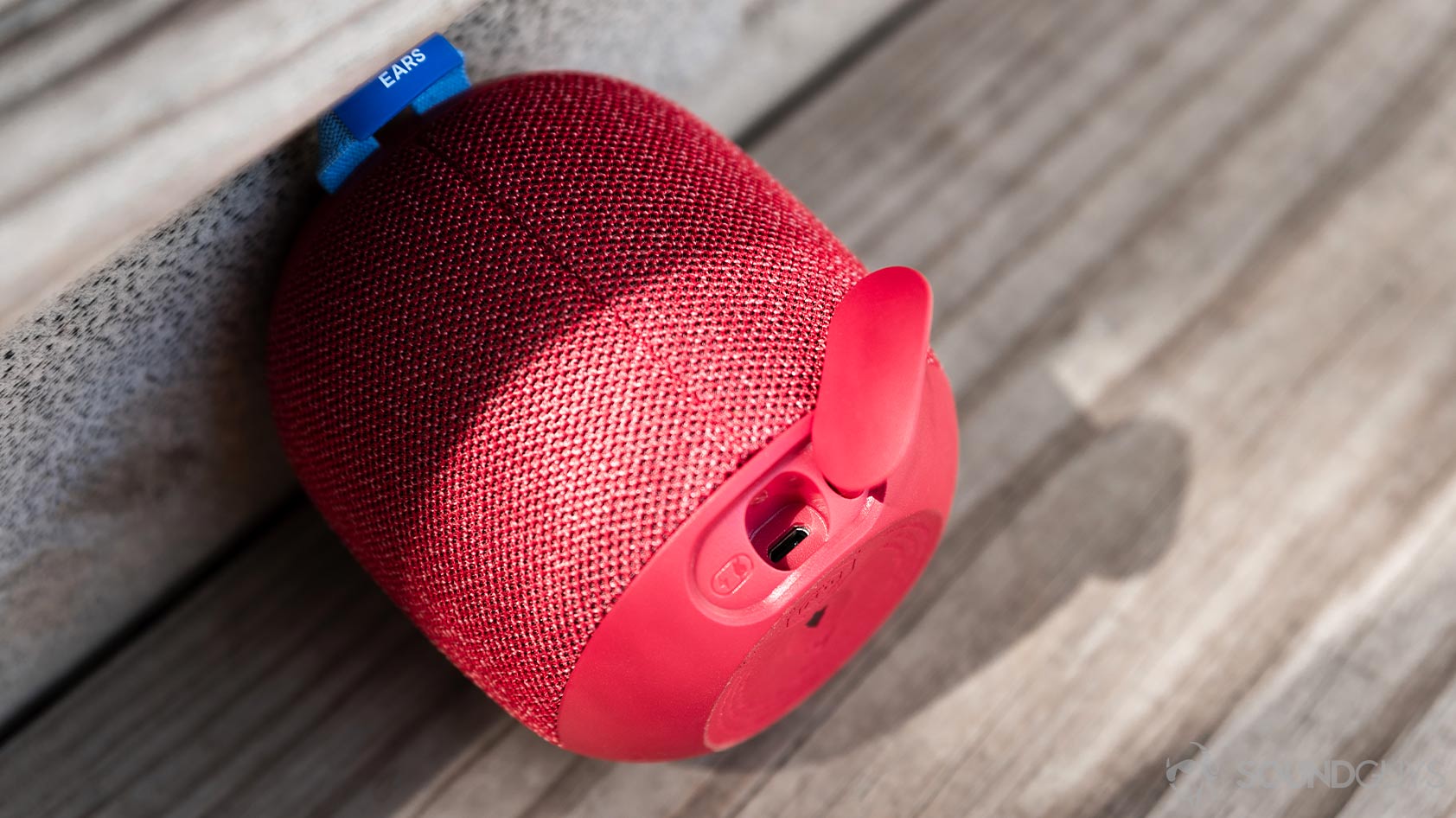 The microUSB port for charging is located under the cover at the bottom of the speaker. Wonderboom does not include a port for wired connections.

The Wonderboom delivers a surprisingly full sound compared to a small speaker with really deep and treble. It offers a bit more bass than the first generation model. It’s one of the best-sounding portable speakers we can get at this price, although the JBL Flip 4 or 5 is slightly better in sound quality – mainly because the Flip is larger, allowing you to create a wider sound field.

We also tested Wonderboom 2 in a smaller room and outdoors. The room was recently acoustically treated, with double leather membrane sound-absorbing panels on the walls and Cube acoustical sound panels placed on the floor to ensure proper sound. There are even Art diffusers on the walls, ensuring even distribution of sounds.

Listening to Topic / Bebe Rexha’s Chain My Heart, the bass sounded at optimum depth on Wonderboom 2 and the vocals were clear and easy to hear. Both the middle and high ranges were surprisingly lively and clear, none of which were disturbingly predominant.

The Wonderboom has impressive power outdoors, including by the pool. At the bottom of the speaker is the Outdoor Boost button, which increases the volume even more in noisy environments. All buttons are membrane type for water resistance. If you press the outdoor Boost button at the bottom, it is capable of a volume of almost 100 decibels, but still produces a volume of 94 decibels. But we have to note that we experienced distortion at maximum volume and it sounded much better around 85 decibels.

The Wonderboom 2 is IPX67 rated, which means it can be submerged for up to 30 minutes. We immersed ourselves in the water of the pool for 5 minutes and continued to play without any problems. In addition, it is even dustproof. We can drop the speaker multiple times without getting seriously damaged, so it’s a speaker that we can really take with us everywhere, whether we’re going hiking or even relaxing by the pool.

According to the UE, the Wonderboom 2 will run at full charge for 13 hours. However, it is quite difficult to get information about the condition of the battery. The volume keys must be pressed up and down at the same time, and the speaker plays a sound corresponding to one of three levels: high, medium, or low, indicating the battery charge status. A visual display would have been better than many other Bluetooth speakers. However, when used continuously in Outdoor Boost mode, the battery life is halved.

The Wonderboom 2 was quickly paired with the iPhone. It had adequate signal strength, maintaining communication between the phone and the speaker even through several walls. Unfortunately, smart settings are not offered by the UE, so there is no way to adjust the sound.

Wonderboom 2 boasts 360-degree sound thanks to its circumferential grid, which means you get the same sound quality even when you’re facing the speaker.

If you’re looking for a portable Bluetooth speaker that’s small enough to easily take with you almost anywhere and at the same time crave good sound, the Wonderboom meets most user needs. It has good bass compared to a small speaker. The Wonderboom ranks high in the ranking of portable Bluetooth speakers in terms of price, size and sound quality. The UE Wonderboom 2 is a fantastic, rugged and waterproof speaker whose small size absolutely doesn’t mean weak sound as the speaker is extremely loud and sounds great. While not up to the bass sound of larger speakers like the UE Boom 3 or Bose SoundLink Revolve, the enhanced bass lends warmth and intensity to the music that the previous model lacked. You could expect the speaker to come with a USB-C charge, but unfortunately Ultimate Ears missed that, as did the smart features.