What kind of home theater receiver to choose? Part 2

What kind of home theater receiver to choose? Part 2

The first part of the article:

Take into account the size and characteristics of the room!

Movies sound MUCH more dynamic than most music. That is, the loud parts can be MUCH louder! It is important to obtain a receiver that has backup power, otherwise the loud parts will be distorted. Not only does this degrade the sound, but it can also damage your speakers. Ideally, about 100 watts or more per channel. Even better, the receivers also have preamplifier output connectors, so you can add an extra amplifier later to increase performance.

What to look for if you want wireless multi-room sound?

In the past, if we wanted to listen to music in another room, we had to drill a lot of holes in the walls and floors to lead the wires to the speakers.

There is no need for that today. Many of today’s latest AV receivers have built-in wireless multi-room features (such as Denon’s HEOS, Yamaha MusicCast, etc.) that can be controlled via a downloadable app on your phone, tablet, or computer.

Many of the latest home theater receivers can be easily controlled from any application on your iPhone, tablet or computer, giving you complete control from anywhere in the house. 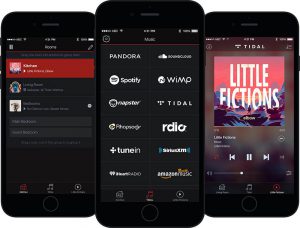 Often, these apps are customizable – you can modify them to fit a particular room. An example is the HEOS by Denon multi-room system application.

Make sure there is enough space for the receiver!

AV receivers are often larger than you might think.

An AV receiver should dissipate heat, so I recommend leaving enough space around it for ventilation. If the ventilation is good, overheating can be avoided, thus extending the life of the electronics.

One thing is for sure: Today’s new AV receivers are significantly larger and heavier than their ancestors. So placing it on a nice glass or plastic shelf isn’t exactly right.

What is the second zone?

Imagine it’s 9pm and you want to watch “Westworld,” but someone else wants to watch another movie on DVD. The multi-zone receiver allows multiple video sources – cable or satellite, Apple TV, Blu-ray player, etc. and then sends this signal to two different TVs. This allows you to watch up to two live TV programs at once with a multi-zone receiver, although this requires an additional cable or satellite TV.

Is the room correction system worth anything?

Yes, almost all AV receivers today have automatic room calibration. In an acoustically treated room, these room correction systems do a very good job of further perfecting the sound.

What if I already have an AV receiver?

If you already have a home theater receiver but are more than five years old, it’s time to upgrade to access the latest formats such as Dolby Atmost. In addition, the number of functions of a new AV receiver is proportional to the number of new functions in a new TV. However, it is not necessary to change the stereo receiver so often because not much has changed in their case. But you may want to replace your AV receiver when you buy a new TV to take advantage of the new features of more advanced TVs.

What brands are worth buying?

There are many excellent brands, but our favorites are Yamaha, Marantz, Denon, Arcam, NAD and Sony, to name a few.

10 home cinema amplifiers that we think are worth getting in 2021: 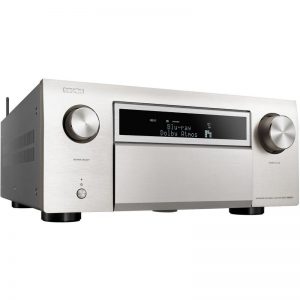 The 13.2 channel home cinema receiver is a truly stunning model thanks to its 13 power levels. In terms of appearance, it offers a modern and attractive sight. It has a power of 140 watts per channel. Detail, muscular performance. Rugged housing, room correction system, true surround sound, able to fill the space. Dynamics and accuracy could be better, deep ones aren’t percussive enough, they weigh hard, letters are too small on the remote control and it responds sensitively to movement.

Detail, excellent dynamics and accuracy, clear and understandable dialogues, we can characterize it with a lifelike, spatial sound. The bass could be better, but with a high-performance subwoofer and speakers, that will be fine too. 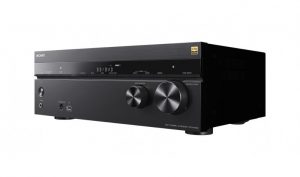 Accurate, dynamic, intense bass, 7.2 channels, Dolby Atmos, 4K HDR, Bluetooth connectivity.6 It has an HDMI input, music streaming services are also available. The remote control would not hurt the backlight, but the price of the receiver is very affordable.

The 7.1 channel amplifier has a power of 150 Watts, 8K HDR, Dolby Atmos, DTS: X, IMAX Enhanced, 7 HDMI inputs, Wifi and Bluetooth connectivity. The remote control is excellent, the bass could be more powerful, but that might just be what struck us.

Yamaha has 170 watts of power, 7.2 channels, 4K HDR, Dolby Atmos, DTS: X, Wifi and Bluetooth connectivity. The amplifier is characterized by many functions, great sound and detailed sound, but we have experienced some in terms of accuracy and dynamics.

The 5.2-channel AVR promises 155 watts of power per channel. lacks built-in Chromecast, Wi-fi, Ethernet connectivity, no Phono input and no access to internet radio, Spotify, Deezer, Amazon Alexa… etc. In this price range, among the entry-level amplifiers, these shortcomings may still be excused. It can be calibrated using the Onkyo AccuEQ room correction system. Among the entry-level receivers, the Onkyo is a great and outstanding model, and the price is affordable. 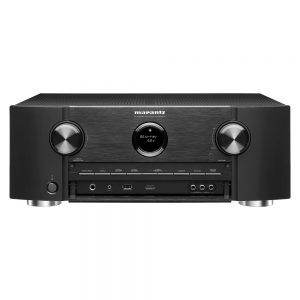 The Marantz SR6014 is an AV receiver, and that means it is designed to be a central part of your home theater system. It is equipped with eight HDMI inputs, each capable of 4K video recording with full HDCP 2.3 support. There are also three HDMI outputs, one of which has full eARC functionality. It provides a definite and harmonious sound. It supports IMAX Enhanced, Dolby Atmos elevation virtualization technology, and DTS: X and DTS Virtual: X formats.

Extremely simple, clean, stable and solid, the housing is clearly designed with practicality and durability in mind. The NAD amplifier also has 2 analog, USB, and 3 HDMI inputs, 2 coaxial and 2 optical inputs. 2 pairs of speakers and 1 subwoofer can be connected to the device. A Bluetooth connection is also available for this model. The MM Phono input also allows you to play old vinyl records. The frequency transmission is 10 Hz-65 kHz. The output power is 2x 80 Watts. The sound is almost flawless, the price is affordable. It is characterized by high quality, durability and affordability. Maybe only the higher ranges are a little weaker than expected, but apart from that, we didn’t find a serious flaw.

Unfortunately, the AVR-S750H does not have Google Chromecast support, unlike its rivals. Affordable and Bluetooth, Apple AirPlay 2, Denon’s own HEOS feature, and Amazon Alexa, Google Assistant voice control apps are clearly in favor of the receiver. I didn’t like the look that much anymore. It seems boring, outdated compared to similar devices from competitors. His predecessor performed somewhat better in sound, with the bass ranging the most.

It has 8 HDMI inputs and 2 HDMI outputs. With a 4-core digital signal processor and 32-bit / 768 kHz differential output D / A converters, the Anthem MRX 1120 is capable of converting 4K videos. We got fantastic sound, clear and detailed sound. The ARC system is a very serious advantage, the only objection being perhaps being that it cannot handle subwoofers individually.

(We have previously written test on several of the receivers listed, which can be found on our website.)