We visited the town of Piliscsaba, a home recording and mixing sound studio. The 18-square-meter garage of the family house was converted into a studio, and the home cinema system was also located here. The room is acoustically almost perfect, but the ceilings have not yet been treated, causing reflections to form along the ceiling. However, by placing some acoustic panels, this problem can be solved very quickly and easily. The owner invited our company to test the Yamaha HS8 speakers. 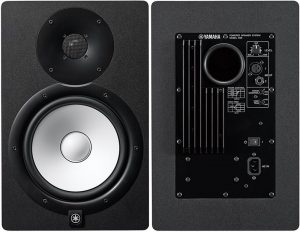 The citizens of the country of the rising sun are characterized by precision, precise work, and the pursuit of perfection. They also want to be at the forefront of their audio and hi-fi products, so they do their best to make Yamaha products perform great. The company was founded in the 19th century, which at first was limited to the manufacture of musical instruments. Since 1978, Yamaha speakers have also dominated the speaker market. Today, a lot of audio and hi-fi devices bear this brand name.

A mid-range speaker – with premium quality

It can be said that the Yamaha HS8 is one of the most popular among studio monitors. Thanks to all this, on the one hand, its extremely affordable price (available around 300 EUR), as well as its really high quality, minimalist design and fantastic sound. Available in black and white, the sleek, simple look of the approximately 10kg speaker is at first liked. The speaker box is made of MDF panels, which significantly minimizes resonances. 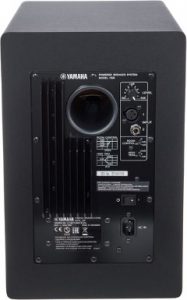 There are various setting options on the back of the box, such as “Room Control,” to avoid the problems that can arise if you place the speaker too close to the wall. (Otherwise, the speaker is designed to be a minimum of one and a half meters from the wall.) High Trim EQ has also been made possible with this model. The two audio connectors, XLR and TRS, are also located on the back of the box, as is the password level control. Symmetrical and asymmetrical cabling is also possible.

Yamaha- the best of sounds! 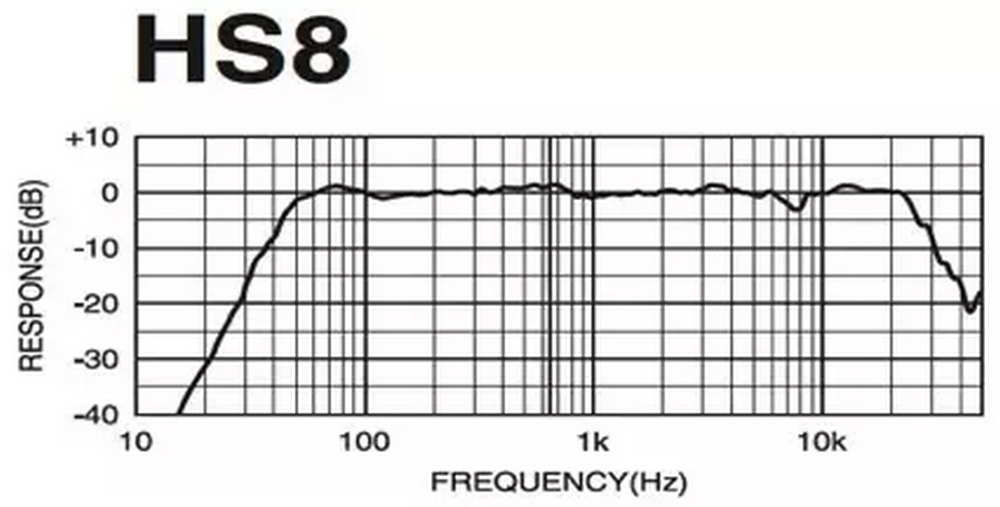 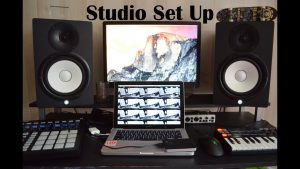 Brahms’s Hungarian Dance was performed first. All the strings of the string instruments swung cleanly and accurately. As a result of the lifelike sound, we also saw the band and the conductor in front of us. We could enjoy the harmony of beautiful, even sounds.

We continued the test with electronic music. Avicii’s popular song, Levels, sounded balanced, detailed, and crisp. We were careful with the volume because the capabilities of the not-too-large studio set limits. We experienced a slight squeak in the high ranges, but with the high sound filter we could easily correct this small error. 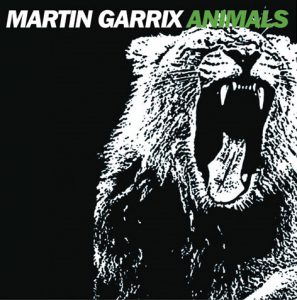 To test the bass sounds, we used the rhythms of Martin Garrix: Animals. Powerful, firm, clear bass convinced us of the excellence of the Yamaha HS8. In the lowest ranges, the bass sounds a bit “spongy,” suffocated, so using a bass filter is recommended. In addition to the sharp highs, the mid-range was concentrated, not pushed into the background at all.

Since the studio also functions as a cinema room, we also tested the speakers in this area. “Call of the Wild” was played in cinemas starring Harrison Ford in the exciting adventure film that was our next test subject. We can go into raptures over the knowledge of the Yamaha HS8 when it comes to cinema. Clear and realistic sound effects, rumbling deep, intelligible speech characterized the sounds radiated by the monitor.

The Yamaha HS8 active studio monitor is unbeatable in its price range. It would also cope much more expensive speakers. It can be an excellent choice, even for professional sound studios, especially for sound mixing, but also for recordings.

For more serious jobs, however, it doesn’t hurt to get a subwoofer to get really percussive depths. The treble is sharp, resonates nicely, the middle range is not suppressed by the other frequencies, the bass is definite and powerful. Squeaking during treble can be controlled with the treble filter. We recommend larger rooms with a minimum of 25-30 square meters. The good price, the clean, tasteful speaker housing, the 120 Watt amplification system, the high sound filter clearly place the Japanese manufacturer’s monitor among the winners!