Despite the recent acquisition by Onkyo of Pioneer’s home theater and Blu-ray player division, the look and feel of the devices has retained the style of the usual Pioneer brand.

The aluminum housing is available in stable, rugged, black and silver colours, weighs 18.3 kg and measures 435 x 185 x 441 mm. On the front panel, there are large, circular input selector and volume control buttons that have been given blue LED lighting. Below the display is a flip cover with additional controls. When the lid is closed, a gap is left around it, which is not really aesthetic. The exterior design is characterized by minimalism and clarity, as well as high quality, with the word Air Studios at the bottom right of the front.

There are seven HDMI inputs on the back of the device, five of which are HDCPP 2.2 compliant, and it has two HDMI outputs, one of which is ARC compliant and the other can send digital signals to a separate zone. It is also equipped with two coaxial and three optical audio inputs, as well as a Phono input (MM) for playing vinyl records. Amplifier connectors are gold-plated. There are 11 speaker connectors on the device. The AV receiver can even be used as a processor via the 11.2 channel preamplifier output. We counted a total of 88 connections! 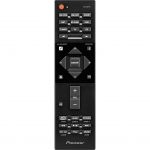 The remote control has a simple, logical layout, most of which already bears the style features of the Onkyo brand, but unfortunately it does not have a backlight, which is unfortunate for darkened cinemas.

Not only can we control the AV receiver with the remote-controlled, free-to-download iControl AV application, so it can also be controlled with a smart device. Airplay 2 and Siri Assistant also help us with voice control. Of course, the device also has wireless connections, such as: Wifi, Bluetooth, Fire Connect multiroom and Chromecast built-in. 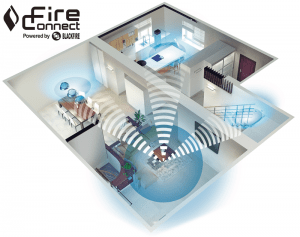 2D audio formats are also available courtesy of DTS HD Master Audio, Dolby True HD and Dolby Digital Plus. The OSD menu system is very transparent. The sound quality can be controlled with the Air Studios tuning function. The SC-LX 901 was developed in collaboration with sound engineers at Air Studios in London. 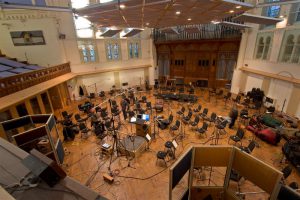 Air Studios is one of the best sound studios in the world, founded in 1970 by legendary Beatles member George Martin. In 1989, a hurricane destroyed the building, so a new location had to be found for the studio. In 1992, George Martin found Lyndhurst Hall, a Romanian-style building in Hampstead, north London, originally a church school and church. George Martin immediately notices the extraordinary acoustics of the hexagonal room, designed and built for choral singing. The building underwent a number of alterations and modernizations before being converted into a studio. Countless albums of well-known and legendary bands and performers have been recorded here, including Pink Floyd, Queen, Paul McCartney, Genesis, The Police, Black Sabbath, Duran Duran, and more. Air Studios Lyndhurst also produced music for several successful films and TV productions, such as: Harry Potter and the Philosopher’s Stone, Actually Love, Darkest Hour, Wonder Woman, Casino Royale, Sherlock, Doctor Who… and more. 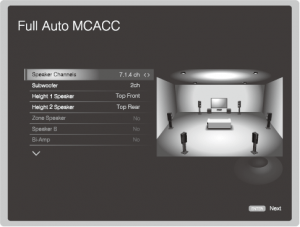 Pioneer’s MCACC Pro room correction system did a surprisingly good job, its settings were very accurate, we only needed minimal post-correction. This is definitely to the advantage of the Pioneer amplifier, as you need to know about room correction software that in fact most of them only measure and correct sound pressure, so acoustic errors due to reflections and interference are perceived as a sound pressure problem, further reducing sound. Room correction programs are really effective if we provide the right acoustic treatment in the room. In the case of untreated rooms, unfortunately, these systems can’t do a miracle either.

Our first test subject was a musical film, Judy starring Renée Zellweger, about the life of the great Judy Garland. The cinema was characterized by precision, detail, intelligibility and dynamism. We experienced a wide and deep stage picture, the instruments were separated from the singing, it could be listened to without ear fatigue for a long time. We also found the stereo sound of the amp to be excellent in the music parts.

This was followed by the highly successful Spanish series, Netflix, Money Heist. We had an accurate and detailed sound, the sounds surrounded us, we experienced a realistic and dynamic movie experience. Sometimes we heard only in some parts, unstrength, excessive neutrality. The bass was intense, which only further enhanced the excitement of the action-rich scenes and the weight of the dramatic moments. As a critique, we have to mention that we had a bit of trouble setting up the bass, and the sound seemed to be more drawn towards the high tones.

We tested the receiver in an average-sized movie room, paired with Klipsch R-620F floorstanding speakers. The acoustics of the room can be said to be adequate, the sound-absorbing and diffuser panels on the walls guaranteed the ideal sound.

It was not at all a disadvantage for Pioneer that it was acquired by Onkyo. They have retained the usual design, continue to pay attention to the use of high quality components and achieve the perfect sound. Compared to the Marantz 7012 amplifier, we experienced a more powerful and dynamic sound during the testing of the SC-LX901. In terms of music, the device provided flawless performance. In the films, we noticed excessive neutrality in some places, in certain sounds, but this is not considered a serious mistake. Adjusting the bass was a bit cumbersome. The spatiality was absolutely perfect, providing a realistic, detailed, accurate and dynamic product for the SC-LX901. The remote control could have been backlit, as this is quite a useful feature in a darkened movie room. Designed as a modern innovation, the hinged lid was not the best choice in our opinion, as the gap around the door in the closed condition is not very decorative. The housing is premium quality, rugged and stable, and durability seems to have been taken into account during production.

Of course, in order for a device to provide a truly ideal sound, it’s important to pair it with good quality speakers, and the acoustic correction shouldn’t be neglected either!